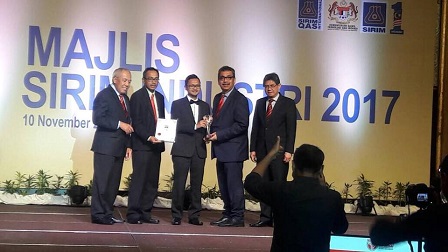 SUBANG JAYA, 10 Nov - Universiti Putra Malaysia (UPM) received the SIRIM Quality Award 2017 under the category of government agencies as a recognition for its quality management that meets the national and international standards in conjunction with the SIRIM Industry 2017 event.

A total of seven organisations received the SIRIM Quality Award 2017 in recognition of their quality management level that meets both the national and international standards.