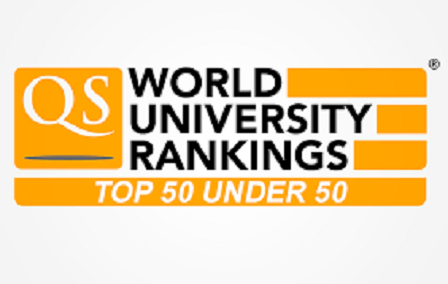 SERDANG – In a superlative display of achievement in all aspects, Universiti Putra Malaysia (UPM) was listed on the 38th position in the “QS  Top 50 under 50” which it entered for the first time as revealed by Quacquarelli Symonds (QS) recently.

University assessment in QS Top 50 under 50 is based on the same criteria set by QS World University Rankings (WUR) 2015 – academic reputation, employer’s integrity, research and internationalization programmes. The review is for universities set up after the year 1965.

“QS Top 50 Under 50” ranking was introduced by QS in 2013 where the world’s 50 top universities under 50 years old in operation are put up for review.

UPM Vice-Chancellor, Professor Dato’ Dr. Mohd Fauzi Ramlan, described UPM success in being listed as among 50 best universities under 50 years old in the world as outstanding and excellent.

“It provides an impetus to UPM progress since its establishment as a univerity in 1971 and UPM progress in enhancing its international profiling.

“To be listed as the world’s 38th top university with a score of 39.7 percent for the first time of its entry is something that we are very proud of and this conquest is for all the hard works and collective efforts by UPM community in ensuring that UPM remains steadfast in achieving excellence of international reputation and standing,” he said.

Earlier this year, UPM improved its position in the QS World University Ranking when it moved to 331st position from 376th in 2014.

This is the first time this year that UPM submitted its entry in the  “QS Top 50 Under 50”.