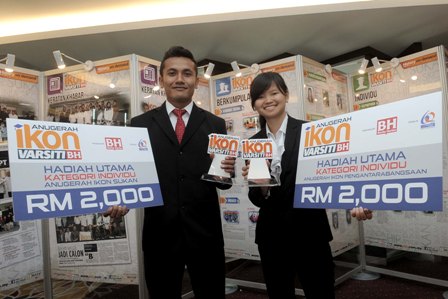 Anwarrul Aswad, who is also a national rugby player and a Faculty of Modern Languages ​​and Communication student, won the Individual Category (Sports), while Chia Wen Shin, from Faculty of Environmental Studies, won the Individual Category (Internationalization), both received cash prize of RM2,000 and a trophy each from the Deputy Minister of Education II, Encik P. Kamalanathan.

Another two representatives from UPM, Ahmad Bukhari A. Rahim who was a finalist in the Individual Category (Leadership) and Nahwan Nur Nasyid Club, in the Group Category (Arts and Culture), managed to take home the consolation prize for each category.

Wen Shin, a Bachelor of Environmental Science and Technology student, said she did not expect her social enterprise project to collect used cooking oil and recycled it into eco-soaps and sold them around Selayang, had qualified her to win the award.

"The profit from the project was donated to charity organizations to help in the relevant environmental issues. My project was also selected as the best project in Malaysia," she said. 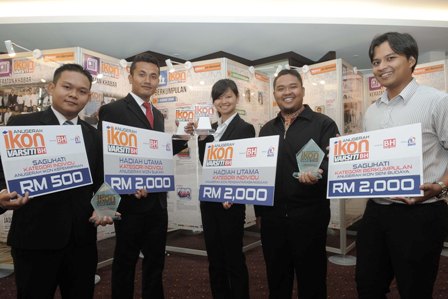 She has also represented Malaysia in various international programmes, among others, in the U.S, Germany, India and Singapore.

"I believe with such recognition given by Berita Harian, university students in Malaysia will be motivated to actively engage in co-curricular activities not only within the country but also abroad," she said.

Meanwhile, Anwarrul who is a Bachelor of Communications student, also a member of the Student Representative Council (MPP) UPM main campus, said he is determined to develop sports in the country and the award received was a recognition of his national athlete status as well as his captaincy in the UPM rugby team.

"I will continue to contribute through my experience in rugby, especially in helping to produce first-class as well as junior athletes who excel not only in sports but also in academics," he said. 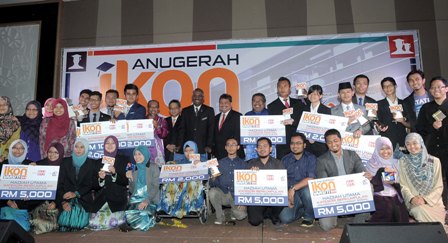 The Ikon Varsiti BH award was organized by Berita Harian for the second time in collaboration with the Ministry of Education through the insertions of special education section for students in higher education institutions, to recognize their achievements, not only in academics but also in co-curricular activities.