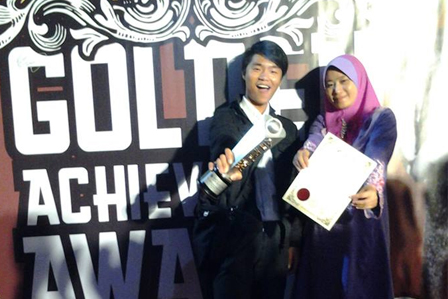 Video publishing student, Mohd Rizal Helmi said the students from the Infinity Team became the finalists in the Public Service Announcement (PSA) category with the ‘Pray’ project won the cash prize of RM500 and a trophy.

"Infinity Team sent its nomination to Han Chiang College after they opened the competition to all Higher Education Institutions.

"’Pray’ plots the story of domestic violence that affects people around especially children, leading them to commit suicide due to depression, “ he said.

Farihah said the success motivates them to compete in the 10th Students Film Festival that will be held at Universiti Sains Islam Malaysia (USIM). 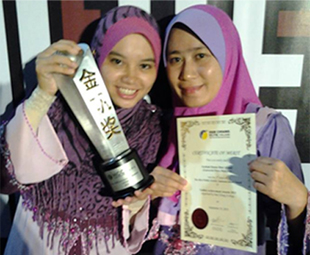 Participants in the team are Communication (Broadcasting) students and received prizes from the organizers.

A total of 20 Higher Education Institutions participated in the competition which was divided into two categories: The Best Public Service Announcement and The Best Video/TV Commercial.