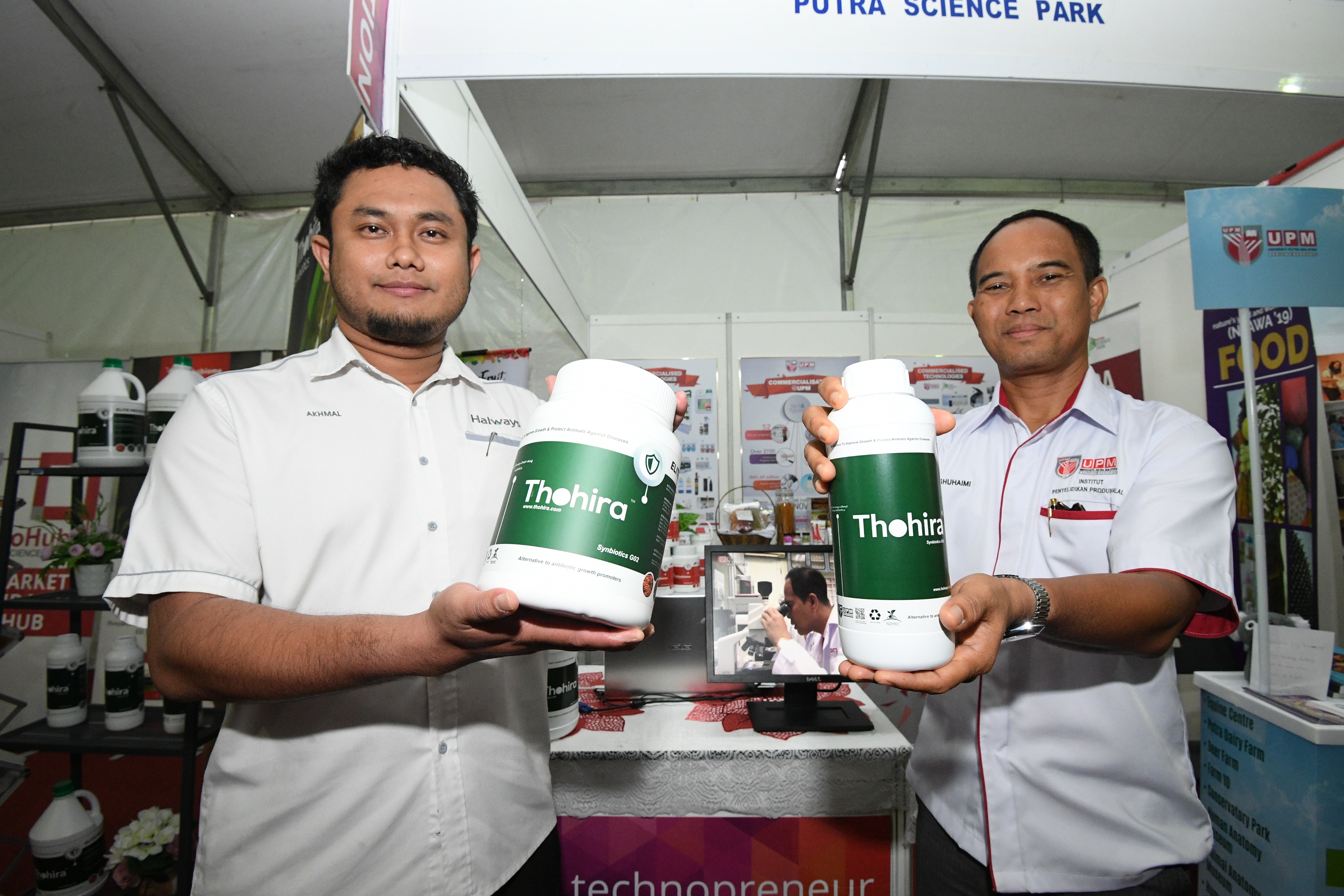 SERDANG, Dec 2: Researchers from Universiti Putra Malaysia (UPM) have successfully developed Thohira Synbiotics, a product developed from a combination of probiotics and prebiotics that accelerates the growth of fishes and prawns and at the same time protects them from diseases.

Thohira Synbiotics that is specially formulated as food for these aquatic species will increase their production yield by enhancing food digestion and absorption.

This product can also stabilise the quality of water in fish and prawn breeding and improve the basic quality of the ponds more effectively.

The head of the research team, Prof. Dr. Shuhaimi Mustafa, said that Thohira Synbiotics is composed of microorganisms with the capability of producing a wide range of enzymes, proteins and metabolites.

He said that when mixed with fish feed, it helps facilitate digestion and accelerate the growth of the fishes and prawns, and when mixed in aquaculture ponds, it will reduce the residual toxins of ammonia, nitrite and nitrate.

Therefore, he said, the water does not need to be changed frequently, and at the same time, biosecurity will be safeguarded.

“Thohira Synbiotics produces natural antibiotics that prevent the breeding of bacteria that threatens the survival of the breeds.

"Thus, the risk of losses due to fatality of breeds can be reduced, and profit can be increased due to faster breed growth," he said.

According to him, he and his research team developed the product because they were aware that breeders did not gain much profit, and some had even suffered losses due to the high cost of breeding and the threat of various diseases.

He said that the high cost of breeding was due to inefficient feed exchange rates that led to feeds that were fed to the breeds mostly turning to faeces and damaging the water quality which results in the breeds not growing well, and breed survival having higher mortality rate.

The research was developed and completed at UPM. It started in January 2015 and ended in March 2017. At the industrial level, Halways Sdn. Bhd. tested the products on an industrial scale and made improvements according to industrial requirements.

The product won the gold medal at the International Conference and Exposition on Inventions by Institutions of Higher Learning (PECIPTA) 2019. – UPM