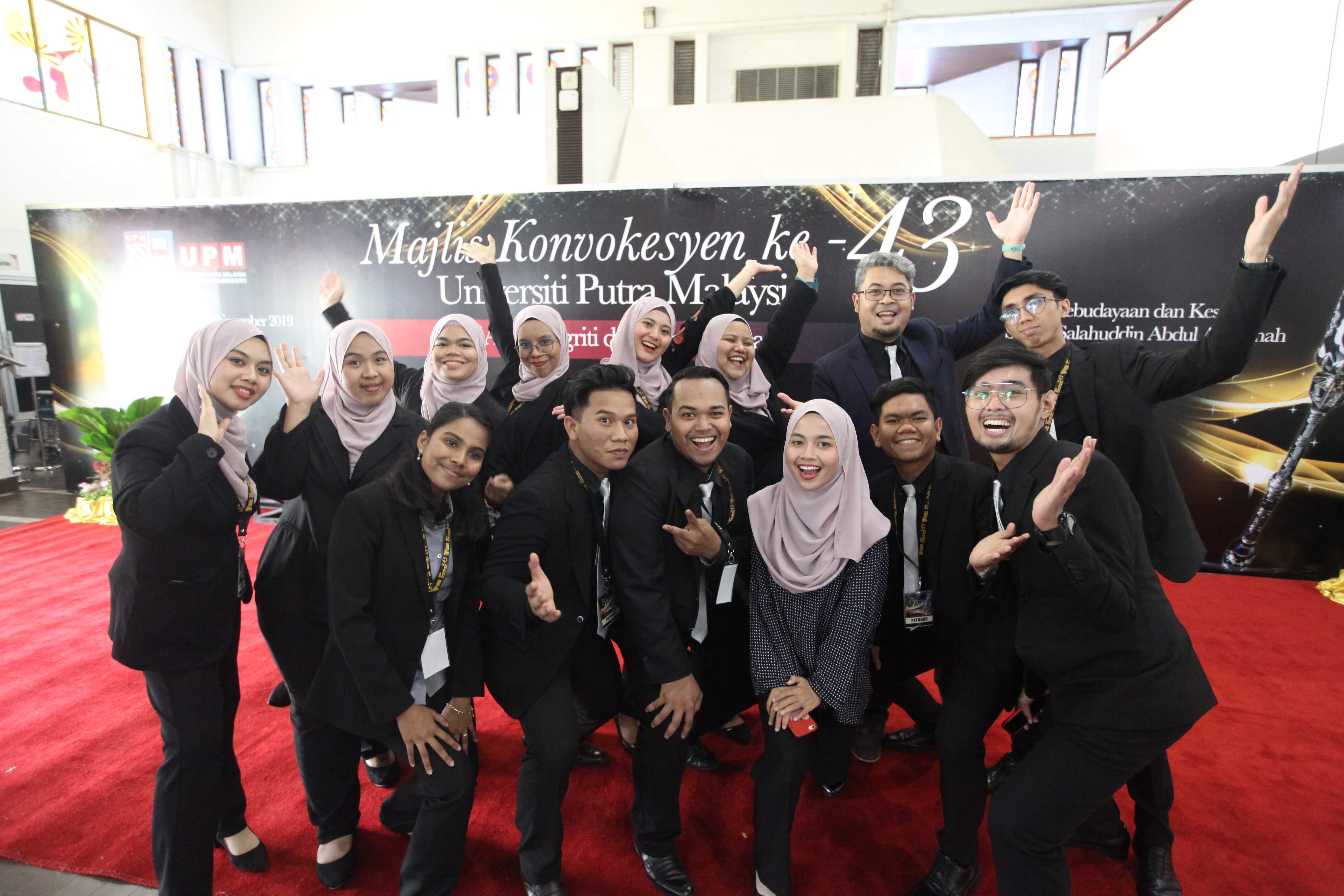 SERDANG, Nov 18– Graduates and their parents were mesmerised by the voice announcing the names of the graduates at the Universiti Putra Malaysia (UPM) convocation ceremony.

Raja Muhammad Muzamier, 32, said the initiative to establish the Announcer Club which falls under the purview of the Student Affairs Division was to establish an official body to receive direct appointment from the top management to host prestigious events.

"UPM Announcer Club is one of UPM's most active clubs with outstanding list of successes including representing the university at international conferences, hosting formal and informal events," he said.

He added that initially, UPM announcers involved only the university’s officers, but now, a few years after its establishment, the announcers are made up entirely of students who are also seeking experience in the field.

Nur Fatin Amirah Ahmad Rosli, 23, a graduate of Bachelor of Economics with honours from the Faculty of Economics and Management, has been a UPM announcer for four years, and according to her, it has been an exciting experience for her.

She started as a member of the announcer club in the first year of her studies before she became the Secretary of the club in 2017. In 2018 when she was in the third year, she was the President until she completed her bachelor's degree.

She said that she often received compliments for her unique voice and interesting hosting style by prominent individuals in the field of hosting.

"Working for such a prestigious stage encourages me to become a member of the announcer club, and if given the opportunity, I would always dedicate myself to the Club even after graduating," she said. Despite not having any prior experience, she was entrusted to be the first announcer at the opening session of UPM’s 41st Convocation Ceremony. - UPM