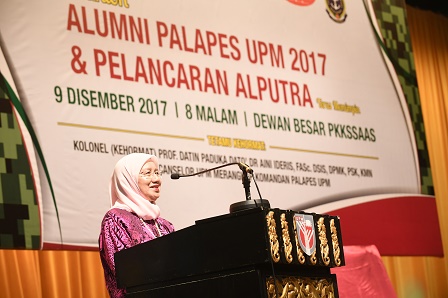 SERDANG, 9 Dec – The Alumni Association of the Reserve Officers Training Unit (PALAPES) U-PUTRA (ALPUTRA) is launched on the basis of a crusade to contribute to Universiti Putra Malaysia (UPM), the society and the country. 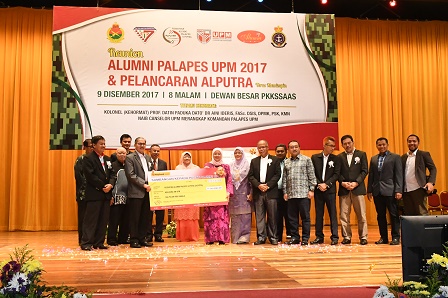 ALPUTRA was established to connect PALAPES and KOSASS alumni with the alma mater, to gather expertise from members of different fields that will benefit members themselves and the university, and to motivate and support PALAPES and the University, to organise college and university activities successfully.

At the ceremony, ALPUTRA handed over a contribution of RM20,000 to UPM for student activities, especially for PALAPES UPM.

ALPUTRA also hopes to set up an ALPUTRA Foundation in the future. – UPM