﻿﻿ Students And Alumni To Benefit From Internationalization | Universiti Putra Malaysia 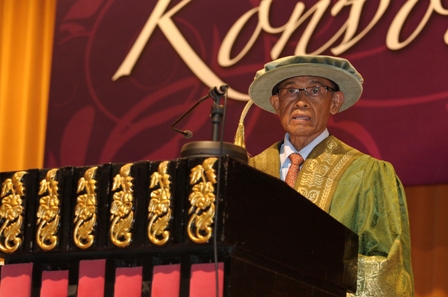 “The presence of foreign graduates should help to build a stronger rapport so that universal challenges  that come without borders can be faced effortlessly in the future.

“Local and international graduates should establish a strong alumni alliance and aim to give back  and contribute to the university’s growth as well as serving their respective countries,” he said.

He added that last year, UPM had succeeded in  sending 271 local  students abroad under the international mobility programme while this number increased to 435 students in 2012. 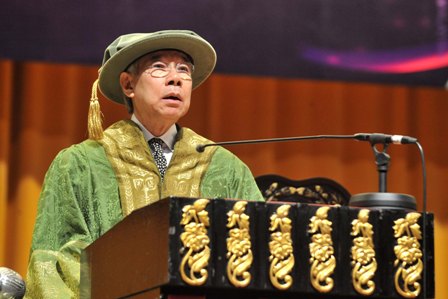 In the fifth session the same day, Tan Sri Dato’ Sri Lim Ah Lek said in his speech that graduates as youth are expected to steer the economy of a community.

“Part of UPM’s efforts is the collaboration with the Malaysia Trade Development Corporation (MTDC) under the graduates’ entrepreneurship programme involving 13 of UPM’s best technology inventions and 16 graduate entrepreneurs through trading companies.

“Another effort is the opening of 18 commercial locations within the UPM campus known as the Putraniaga and Putrabiz which are fully operated by students,” he said at the Sultan Salahuddin Abdul Aziz Shah. Cultural and Arts Centre.

“UPM’s has succeeded in their bidding for a total of 17 Knowledge Transfer Programme project grants worth RM2.356mil, the highest achieved among IPTAs,” he said.