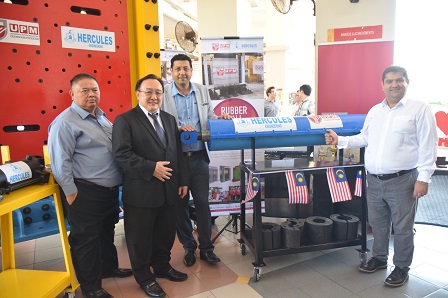 The device is applicable to various types of buildings, including conventional buildings, and it can function in a different range of earthquake intensity to protect buildings against ground vibration.

Furthermore, the device is not only limited for application in buildings, but is also suitable for bridges, vehicles, machinery, jetties, railways lines or any structures that are exposed to any types of vibrations.

It absorbs vibrations in building structures and buildings to reduce the effect of structural movement caused by seismic loading by increasing the overall lateral resistance and damping characteristics of the building structures.

Assoc. Prof. Dr. Farzad said that the damper will react when it is installed on a structure which experiences vibration during ground movement, and it will absorb the vibration efficiently to avoid damage to the structure.

“The rubber-based device is able to function as a vibration absorber through the application of passive energy dissipation to increase the capacity of the overall lateral resistance and the damping feature on the structure to strengthen concrete structures.

“It is able to save up to 60 percent of the cost compared to the use of imported devices with the same capacity available in the market,” he added while explaining that except for the Multipurpose Viscous Damper, all these devices were made of green material, rubber, which is a cheap local raw material that acts as the vibration absorber.

He added that the device can easily be installed in both new and existing structures, and the design is made to be cost-effective which allows it to be used for conventional buildings including those in Sabah and Sarawak. 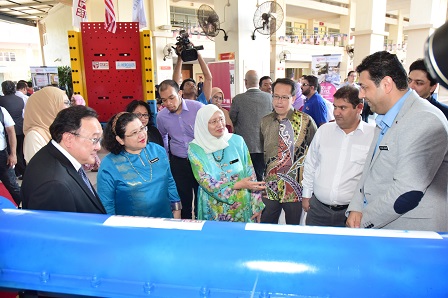 The research to develop the Structural Vibration Absorber Device started in 2006, followed by the construction of its prototype in 2012 before a full scale testing is carried out later this year.

He said that all the devices are ready to be commercialised, and currently, the market size prototypes of these devices are being produced. – UPM