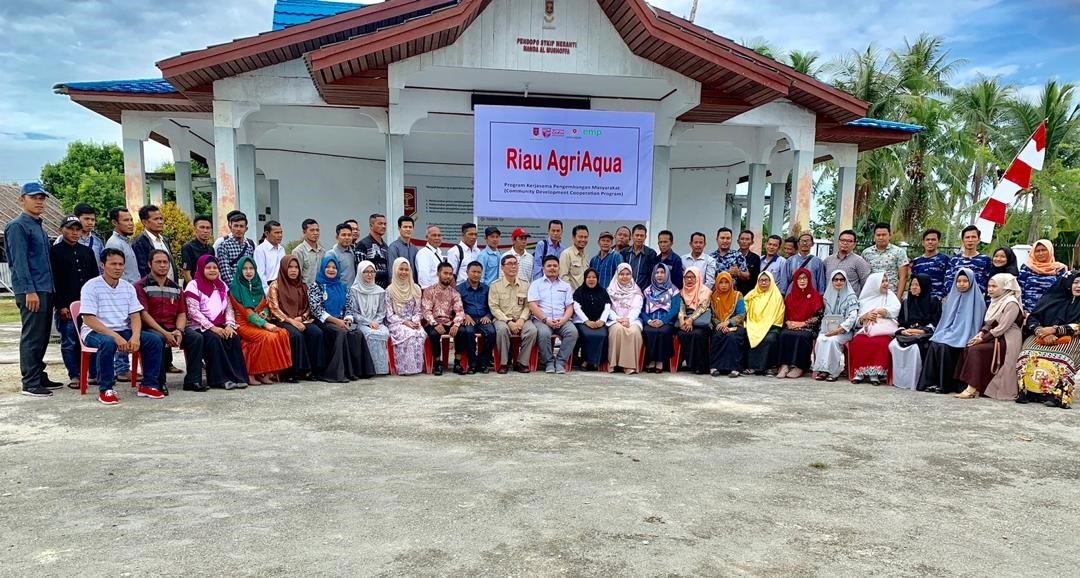 The UPM research team was led by Dr. Muhammad Heikal Ismail from the Department of Chemical and Environmental Engineering, Faculty of Engineering. 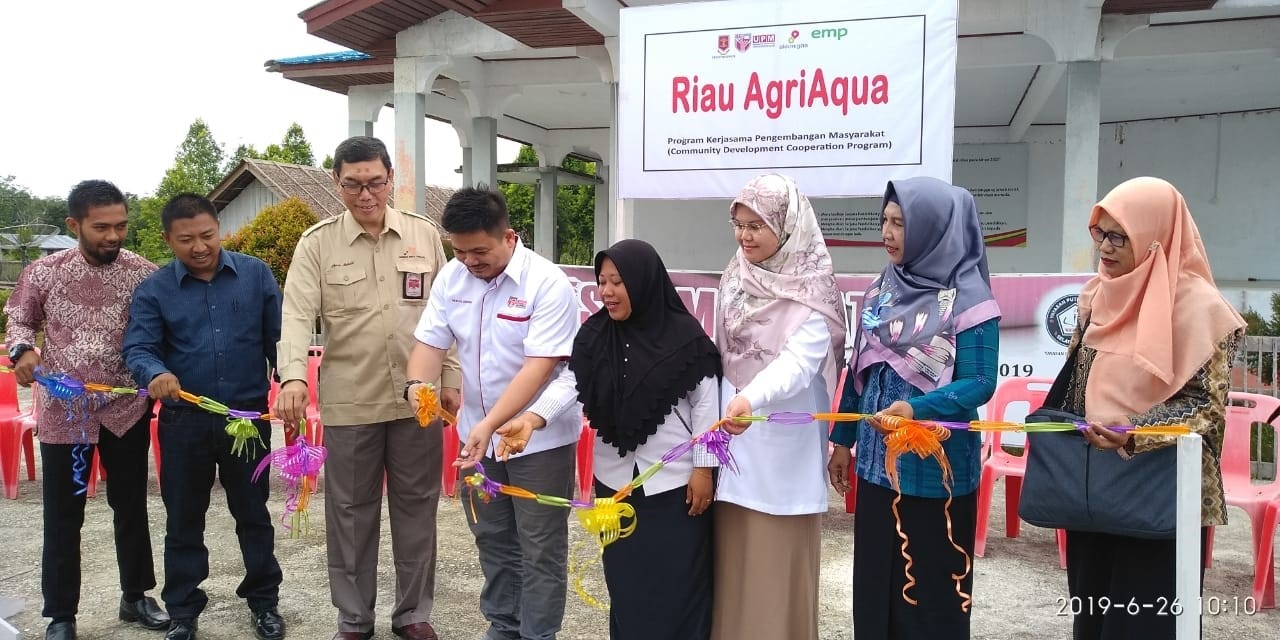 Riau AgriAqua is the first international community project involving researchers from the Faculty of Engineering, UPM in providing a solution to the community’s water purification system in the Meranti Islands.

The residents have endured difficulty in getting a clean water source for a very long time. Its geographical position, being surrounded by peat soil, causes its water to be orange in colour and sour, and this is the only water source for the population.

The water is used for daily necessities such as bathing, drinking and washing clothes. They also collect rain water as an alternative to getting other water sources.

On March 21, Dr. Muhammad Heikal conducted a preliminary survey by taking water samples at several locations in the area which could provide a more accurate picture of the entire water filtration system to be installed on the second phase of the visit.

Five researchers from the Faculty of Engineering and four students including one from Putra Business School analysed the water samples, and based on their findings, several series of water filtration systems were designed and used to determine their effectiveness.

Hence, the first phase of their visit to Meranti Islands from June 25 to 28, was aimed to show a demonstration on the water filtration system using natural elements in the area.

Small white stones, fine white sand, Moringa seeds, coconut husk and charcoal made of sago stalks were cleaned for use in the water filtration system. 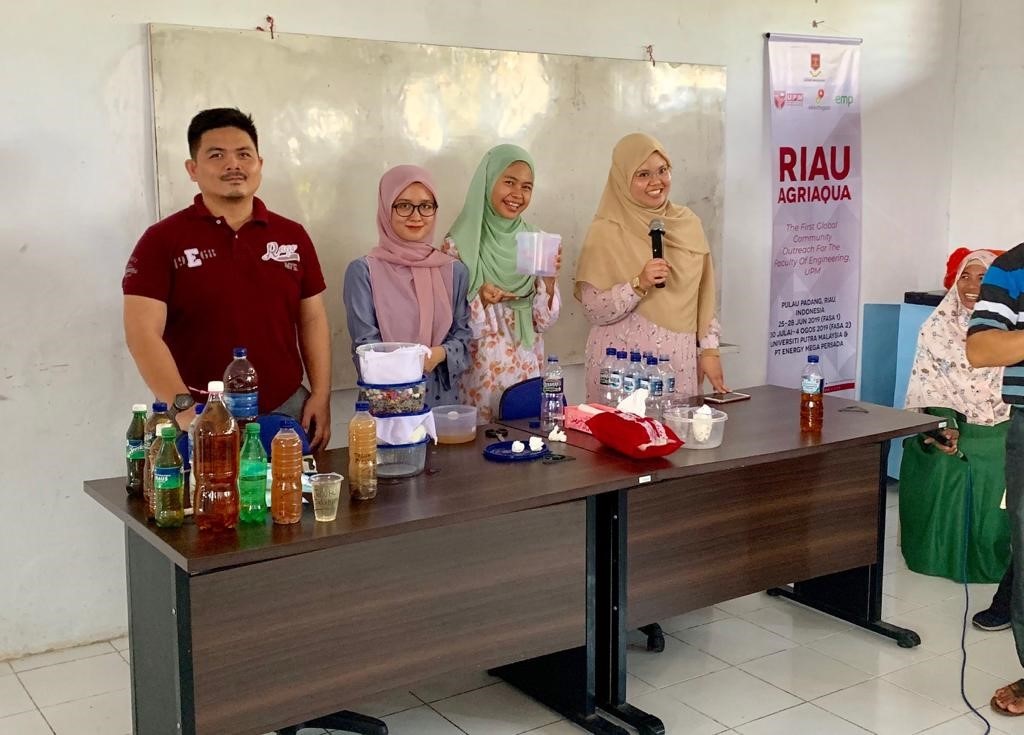 The first phase of the project, which involved the transfer of knowledge on clean water and water filtration systems, received encouraging response when more than 80 people came to witness the demonstration.

The demonstration managed to prove to the residents of Meranti Island that the proposed water filtration system was able to change the orange water they brought into clear water and eliminate its sour taste.

As a result, the residents were excited to interact with the researchers and actively shared their past experiences, either directly or based on their observations, in conducting water filtration process during the programme.

The visit received an allocation of more than RM15,000 in the form of airplane tickets from the faculty while EMP Malacca Straits provided the accommodation, food and consultation costs.

The residents appeared to be determined in ensuring that the second phase of the visit would see the successful installation of the filtration system, thus transforming their lives. - UPM