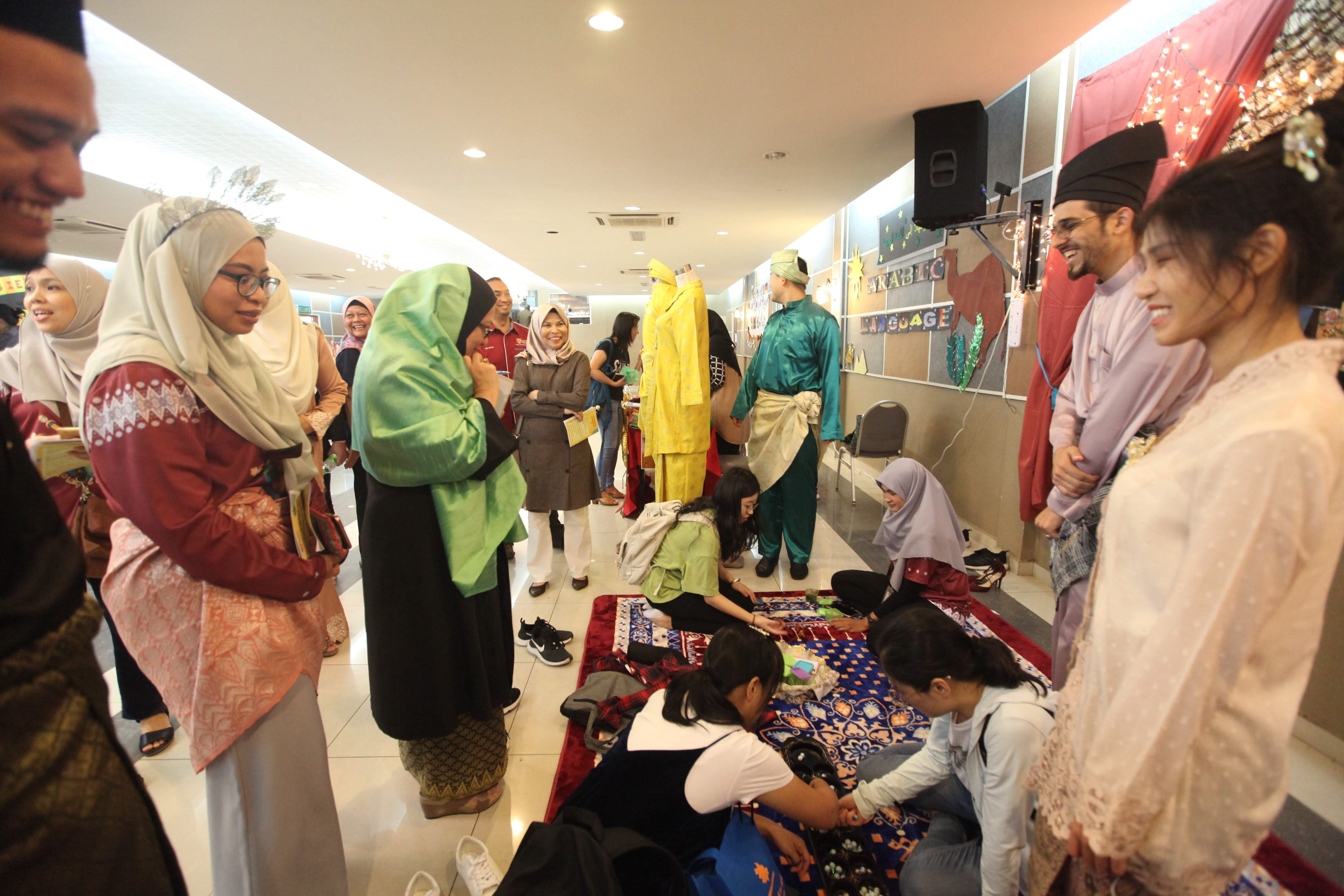 SERDANG, Nov 13 – The Centre for the Advancement of Language Competence (CALC) organised Putra®LACD (Putra Language and Cultural Day) to present the uniqueness of Malay and other global languages and their respective cultures. These courses are currently being offered to undergraduates at Universiti Putra Malaysia (UPM).

The uniqueness of the global languages was presented through cultural performances, movie screenings, exhibitions, as well as local and international cuisines cooking demonstrations.

The theme of Putra®LACD was “Celebrating Cultural Diversity and Uniqueness”.

The programme director, Nur Aimie Nabila Fauzi, highlighted that Putra®LACD creates a platform for UPM students to improve their language skills and to understand the culture of the targeted languages.

She also added that this programme would be a good exposure to the public to learn about the various languages ​​offered in CALC.

"Organising Putra® LACD this year provides great benefits and new perspectives for UPM students to understand the significance of learning global languages as well as the cultures and customs of the native speakers,” she said.

A student of Bachelor of Arts (B.A.) English Linguistics, Faculty of Modern Languages ​​and Communication (FBMK), UPM, Amjad Hakimi Adam, said that the programme offered students with numerous benefits in understanding the culture of other countries as well as in strengthening the interactions between local and international students.

"This programme will not only help individuals when they are in a foreign country, but also in the workplace. They would be able to communicate effectively with foreigners and collaborate competently with foreign companies," she said. - UPM