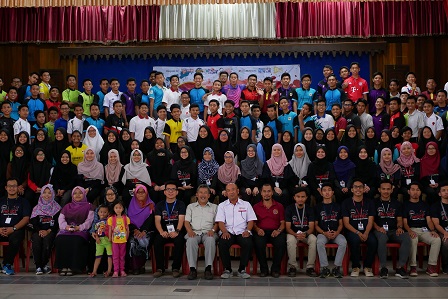 Dr. Yap said most science stream students of secondary schools had the perceptions that learning Physics was difficult, tedious and boring.

He said the main objective of the programme was to prove that such perceptions were baseless and that students were capable of mastering Physics without having to do lots of memorization.

"The programme, themed Transfer, Transverse, Transform, adopts an approach that provides an opportunity for participants to witness and experience for themselves the Physics concept closely which is very much related to daily life.

"The concept and activities are planned in such a way that they will fit with the syllabus of Physics subject in Sijil Pelajaran Malaysia (SPM). For better understanding of Physics, fun and entertaining methods such as singing, hands-on activities and murder case investigation simulations are used in this programme,” he said.

The three-day two-night’s programme was able to inculcate interest in Physics, in addition to transferring additional new knowledge to students to be applied in their daily lives.

"This program can motivate and foster volunteerism among the students and make them to be more sensitive and concerned with the environment. The university strongly supports and encourages students to organize activities such as volunteerism so that they can contribute their services and display dedication and commitment to the community through knowledge transfer and transformation," he said.

President of UPM Undergraduates’ Physics Club, Fida'i Rahmat said he was thrilled at the opportunity of being involved as a facilitator as he could apply what he had learned to the students.

"I am also able to help students understand the concept of Physics properly, thus fostering an interest for this subject. I feel very happy and excited to be able to contribute something to society, "he said. 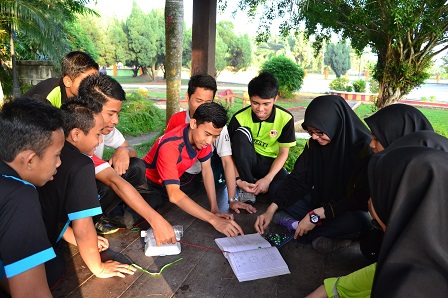 Participant Nur Amin, aged 17, said the hands-on methods of learning and student-friendly facilitators had succeeded in changing her perception towards Physics which she considered difficult all this while.

“Such a programme has proven that Physics is actually lively, not something that gets you stuck and become rigid in the classroom.  I am now able to relate many natural phenomena which I observe everyday to Physics,” she added.

Her friend, Hafizul Hilmi, 17, described the programme as lively and interesting, saying that it could boost one’s thinking skills and interest for Physics.

“The slot on murder case investigation is particularly interesting as it enables students to think out of the box and make them realized that Physics is, indeed, very immportant in their daily life,” he said.– UPM