This is a relief mission of 3D Humanitarian Aid (Donation, Encouragement & Prayer) UPM 4.0 running by PUTRA Bakti to help communities or individuals in need. The donations are channelled in by the public.

The donations were presented by a representative from PUTRA Bakti, Ahmad Hisham Ayob, at the community hall of the Taman to Norhayati Awang, 49; Hassan Jantan, 63; and Mohd Sobirin Kamarulzaman, 30. Meanwhile, the donations for the other three families were handed over to the Department of Social Welfare to be given to the victims. 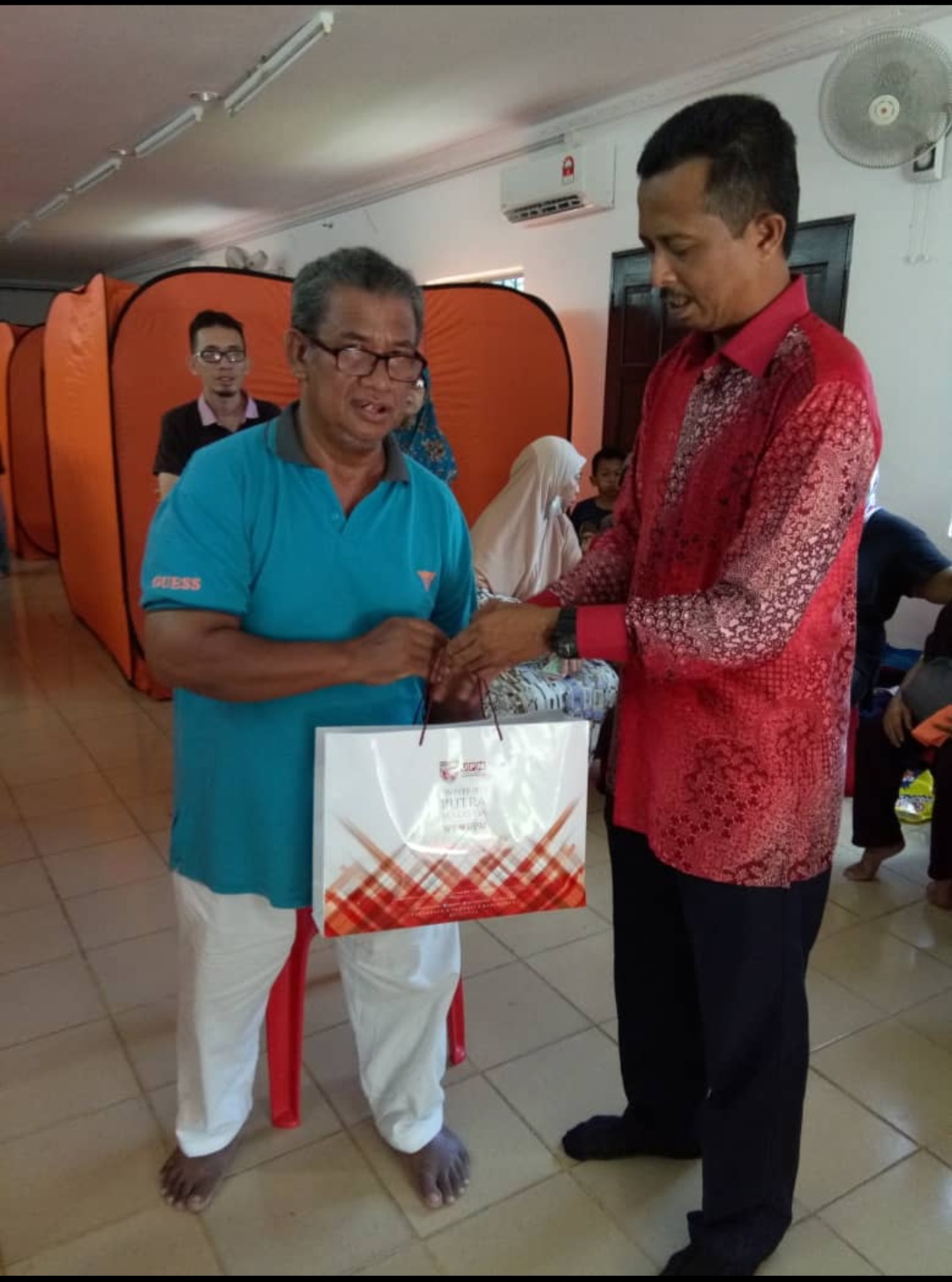 The fire victims expressed their gratitude for the donations of PUTRA Bakti, for they help to lighten their burden.

The incident happened around 12.30pm yesterday, and the houses of the victims were destroyed in fire. No fatal accidents and injuries were reported. All 26 victims from the six families are temporarily housed in the Taman Serdang Raya Community Hall.

During the incident, Norhayati and her husband, Zulkifli Alias, ​​were not at home as they were sending their children and grandchildren to school.

Zulkifli said he received a phone call around 12.30pm informing him of the fire, and he rushed home but could not save the family belongings.

According to him, his grandson, Mohd Danny, saw the fire upstairs when he was about to take his clothes, so he rushed down, told his aunt, Nordiana Zulkifli, and ran out of the house.

Meanwhile, Hassan said he was resting in the living room when he heard people shouting 'fire, fire' and rushed out of the house with his family members.

Another victim, Mohd Sobirin, said he was on duty in Cyberjaya when he received a phone call from his wife informing him of the fire and asking him to calm down.

Despite the incident, he said he was grateful that his wife and three children, including a two-month-old baby, and his sister-in-law are safe.

He said most of the furniture on the top floor was destroyed except the cabinet where the Quran is stored. - UPM