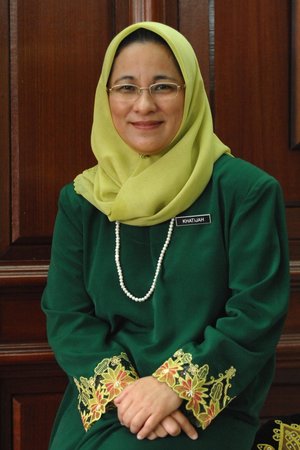 Their names were published in the report titled ‘12 Influential Muslim Women Who’ll Inspire You to Change The World’ available in the link: www.havehalalwilltravel.com.

Prof. Datin Paduka Dr. Khatijah Mohamad Yusoff, who listed under the Science category, is a microbiologist well known for her research in Newcastle Disease Virus (NDV).

The report stated that Prof. Khatijah, a microbiologist of international repute, is the second scientist from Asia to date, who won the UNESCO Carlos Finlay Prize in 2005 because of her outstanding success in the field.

The report also stated that she makes a constant effort to benefit the field of science by improving human life in which part of her role includes helping to bring and introduce science to breeders in Africa and her research into fighting cancer cell.

The portal, www.havehalalwilltravel.com focuses on information and halal guides for Muslim tourists.