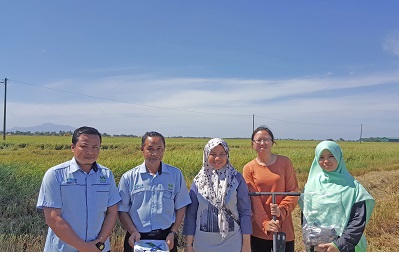 He said the unit under his supervision is entrusted with a heavy responsibility of making sure that water from the dams is always sufficient for both domestic and agriculture consumption.

Most people did not know the source of water that they have been using, he said, adding that water from the dams is sourced from a water catchment area in Ulu Muda.

“MADA has several stations such as Muda, Ahning and Pedu dams. We are always open to cooperate with outsiders in ensuring that the water quality at the dams is always at a satisfactory level,” he added.

He also said one of MADA’s objectives is to work closely with researchers who could aid in ensuring that water quality at water catchment areas is always maintained as this could assist in giving the right information on the quality of water in the dams.

“We are looking at UPM and UM as both have their own strengths in managing environmental research,” he said.

In line with MADA’s motto ‘Nadi Jelapang Padi Negara’, Muda area is capable of contributing close to 40 percent of rice for national consumption, making Kedah as the rice bowl of Malaysia. 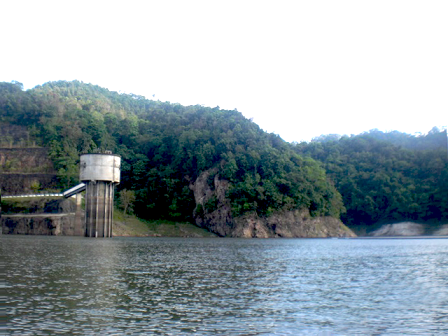 Henceforth, the drainage system is vital while the role of water catchment areas is significant in meeting the requirements for planting of paddy in the country. The water that goes into Muda Dam is channelled to Pedu Dam through Saiong Tunnel to irrigate paddy fields.

As for Ahning Dam, the water is sourced is from a water catchment area of the Ahning Dam which is used for both domestic and industries and as an additional supply for paddy fields. 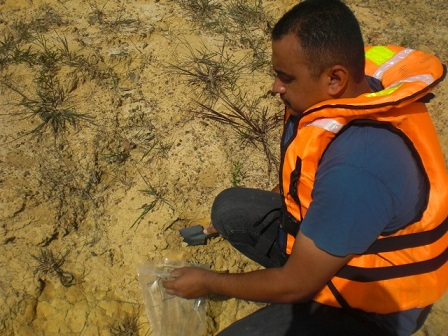 Meanwhile, Dr. Daljit Singh s/o Karam Singh from the Land Management Department of UPM’s Agriculture Faculty, said UPM and UM realized the importance of transferring and sharing of knowledge between universities and industries as well as government agencies like MADA.

“Research collaborations in evaluating the current status of soil and water quality at the dams have long been discussed with MADA. What is pertinent is that we want the society to know that the role of a university is not only to teach students but also to share and exchange information and knowledge with agencies such as MADA.

“When we are on the ground, mingling with the community, we are able to understand current issues and problems they are facing. At the same time, university students will be able to learn and acquire new knowledge from MADA staff while working in the fields,” he said.

Therefore, he said, it was vital for all relevant parties to work closely together hand-in-hand in ensuring that people could get sufficient water supply which is safe for use and for agriculture purpose such as paddy-planting so that better and higher quality rice could be produced and commercialized within the timeframe which has been agreed upon to ensure consistency in national food security.

Senior Lecturer of UM’s Institute of Biological Sciences, Dr. Rosazlin Abdullah, meanwhile, said the empirical data gathered from sampling activities, laboratory analyses and data interpretations were expected to be able to help MADA to make the right decision if and when the need arises.

“Presently, we have two post-graduate students who are conducting a research on the effects of sedimentation on the water quality at Muda and Ahning dams and the impact of water sources channelled to paddy fields on soil quality,” she said.

The outcome of the research will provide scientific data to MADA to enable it to take the necessary actions in case of arising issues in relation to water quality.

The three dams - Muda, Ahning and Pedu – are located close to the Muda Resort which is fully owned by MADA and are open to members of the public who want to go for an outing with their family or want to be away from the city’s hustle and bustle. -  UPM