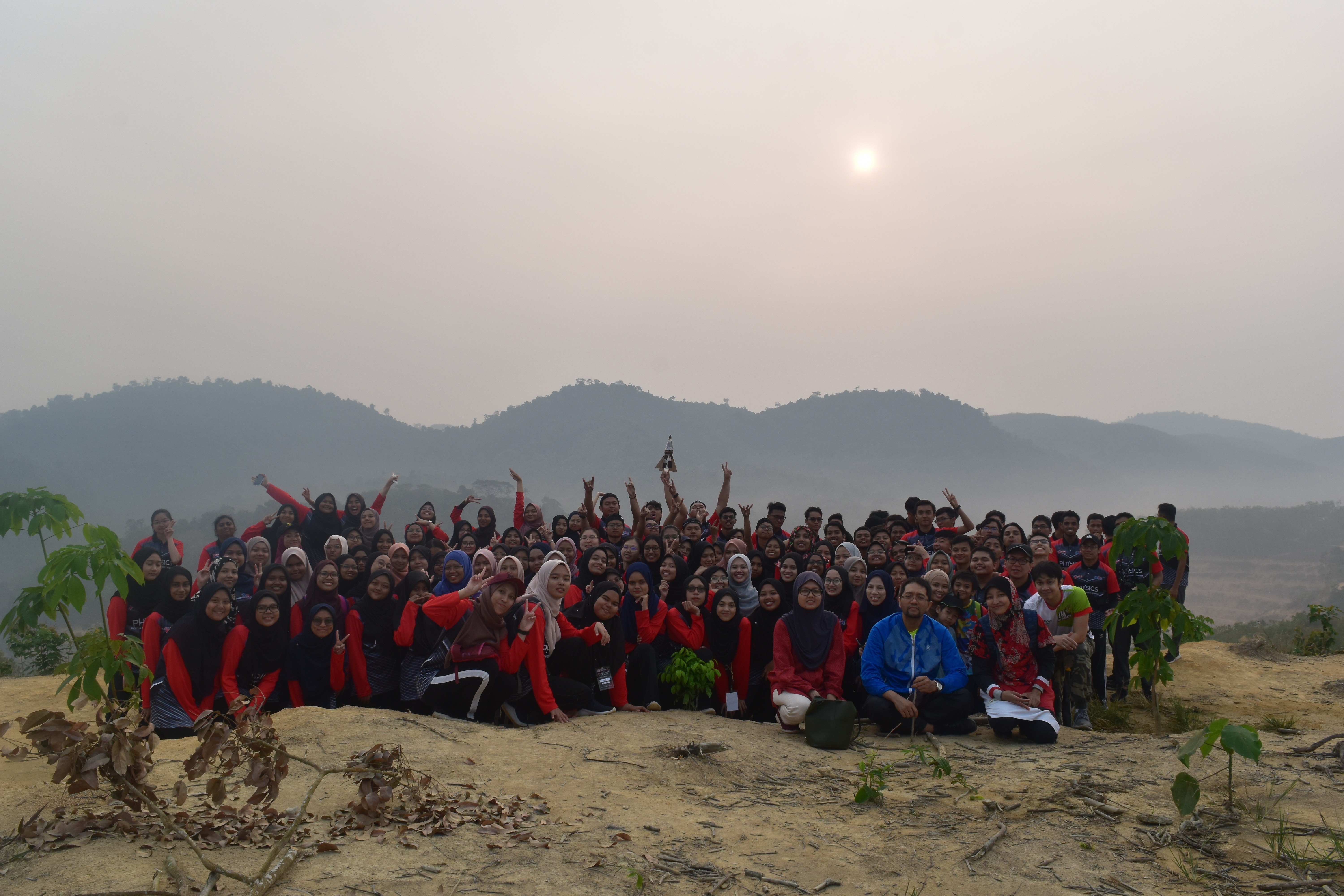 The programme, formerly known as the Kem Gerak Ilmu Fizik, aimed at introducing the Department of Physics, Faculty of Science (FS), UPM and providing early exposure on what to expect during their course of study to the department’s new students for the 2019/2020 session.

Another objective of the camp was to strengthen the relationship between members of the Physics Department, FS, UPM and the new students.

The title of camp, ‘Physineration Camp 19/23’, originated from the words Physics and Generation to reflect the new generation of physics students for the 2019-2023 academic session at the Department of Physics, UPM.

The programme, organised by the Physics Student Club, UPM in collaboration with the Faculty of Science Students’ Association (FaSSA) and the Student Affairs Division, UPM, was headed by Assoc. Prof. Dr Yap Wing Fen, who is the club advisor as well as a senior lecturer at the Department of Physics, UPM.  She was assisted by 30 facilitators who were also the exco members of the club. Head of the Department of Physics, Assoc. Prof. Dr. Suriati Paiman, said the programme was very useful in introducing the department to the first-year students of the 2019/2020 session.

Meanwhile, Assoc. Prof. Dr. Yap Wing Fen, said the programme, which has been given a new lease of life, saw the participation of the staff and lecturers from the Physics Department.

“I am delighted to see the participation of the staff, officers and lecturers from the Physics Department who have spared their time to join the camp and be together with the new students of the 19/23 session. This will help the first-year students to get to know the staff and lecturers of the department,” he said.

The lecturers were also given the opportunity to share their teaching experience with students in the What Is Physics slot.

Physineration Camp 19/23 with the slogan Fizik Kita Punya was also attended by the alumni of the Department of Physics who shared their experience while studying in UPM and work experience in their own fields.

D’kok Coach Eco Camp organised several outdoor activities such as water tubing, water confident and hiking to the top of the highest hill in the area which indirectly challenged the courage and confidence of the students and the lecturers. Physics-based activities were also conducted through the Accelerace slots. Ten stations that displayed different concepts in Physics were set up and monitored by facilitators who handed out various challenges for each group to solve.

One of the participants, a first-year student from the Bachelor of Science in Physics (Honours), Nur Fadhlil Wafi Nor Alihan, said the camp had refreshed her knowledge and allowed her to sharpened her skills in Physics, and strengthened the relationships among members of the Department of Physics, UPM.

“The programme has also enhanced teamwork spirit, and I managed to get to know new friends and the seniors who participated as facilitators,” she said. - UPM