﻿﻿ No A’s In SPM, A Turning Point For Azri To Receive A Degree At 37 | Universiti Putra Malaysia 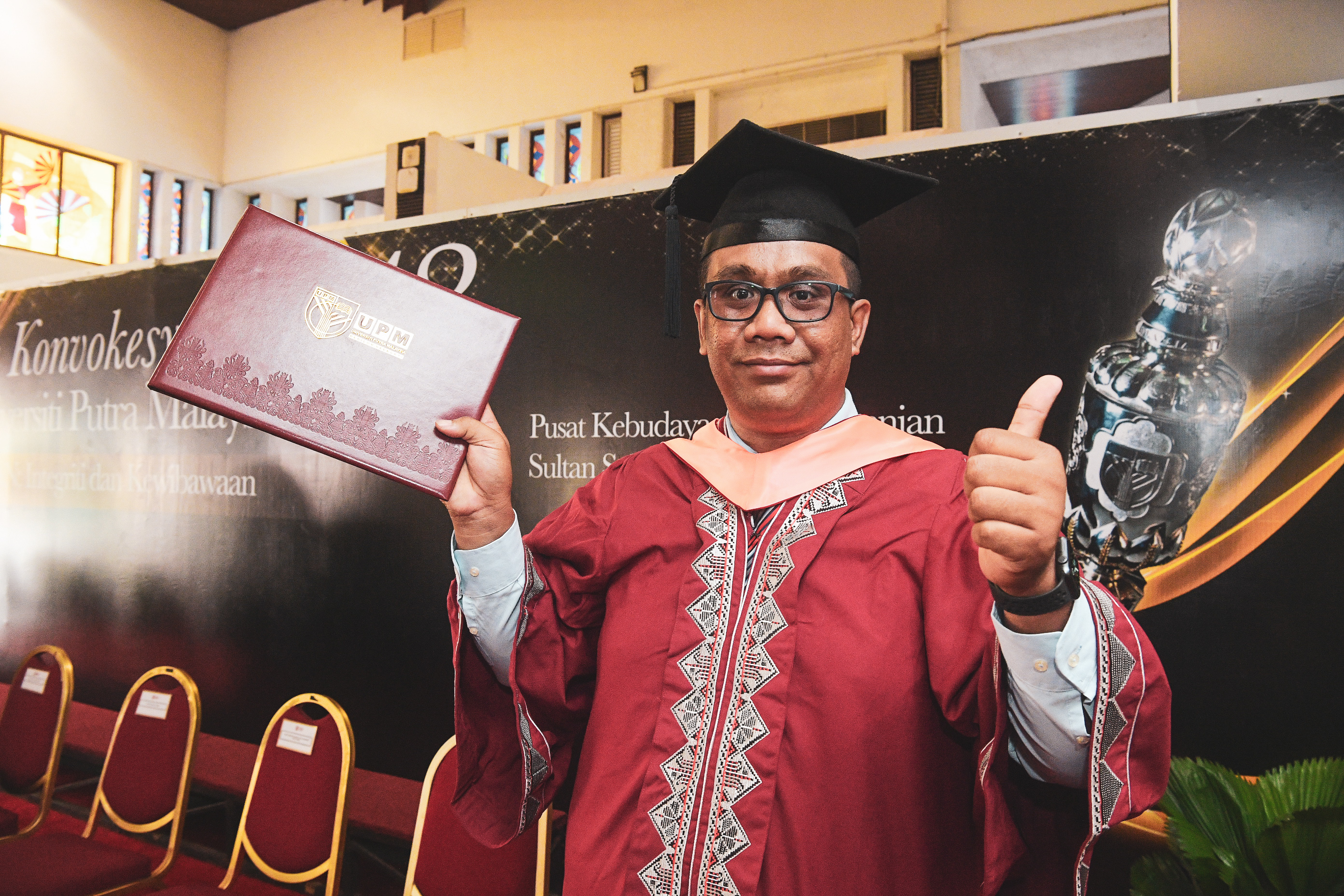 Not only did he face the challenge of continuing his education at the age of 30, but the sacrifice he made by putting aside his deep interest in karate-do was one of the experiences shared by Mohamad Azri Zainal at the 43rd Convocation Ceremony of Universiti Putra Malaysia (UPM).

His family was quite disappointed with his SPM results, and his active involvement in the karate-do at that time despite winning the National Youth Championship gold medal, was said to be the cause of Azri's failure in SPM in 2000.

"Involving in sports alone will not help myself, and if I don't quit now, will I be able to continue my studies?", Azri questioned himself 19 years ago. The question came to his mind dozens of times.

He continued his studies at the certificate level while working as a mechanic at Perodua. He then changed his job to become a public service technician of Grade J17 at the Farmers' Organisation Authority and took a long-distance diploma programme while working. He was promoted to senior assistant engineer after receiving the diploma and continued his studies at the bachelor’s level at UPM since 2015. Azri planned his life step-by-step and ensured that he would not be discouraged despite failing SPM.

"From the first until the third semester at UPM, I was on unpaid leave because the company I was working for did not approve my paid leave to further study. I once did a side job preparing paperwork for agricultural companies but did not receive any payment as I had hoped for”.

Azri’s second appeal for a paid leave was finally approved starting the fourth semester of his undergraduate studies, and he was able to relieve the burden of his family responsibilities successfully in early 2017.

Today, Azri or Azri Zainal has succeeded in earning a Bachelor of Engineering (Agriculture and Biosystems) and alongside him, his beloved wife and mother.

Azri has now started working in Kedah with the same company under the contract of service agreement and has not overruled his dream of furthering his studies at the master's level in the same field. – UPM