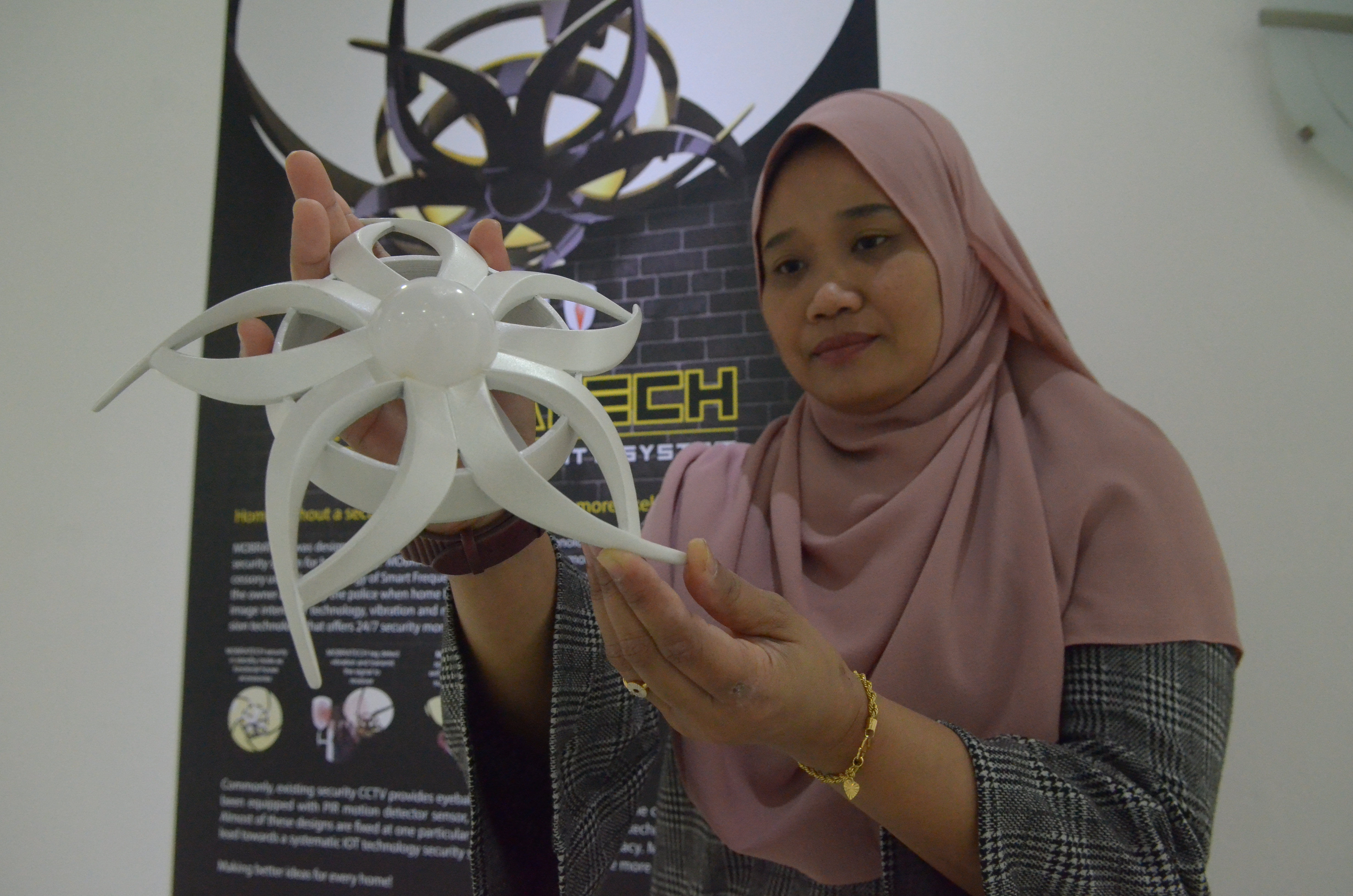 SERDANG – Not just functioning as a light to brighten up the parking area in front of a house, a drone innovation MOBRATECH (Motion Vibration Sensing Technology) is also capable of flying itself and capturing pictures of suspicious movements around the house compound as to prevent home breaking crimes.

The recorded video done by this autonomous drone will be sent directly to the homeowner, and the homeowner can straight away forward it through online to the police. This instant move will enable the authorities to take necessary action immediately to prevent home breaking.

In addition to its function as a lighting accessory due to its attractive design, a drone also fits the role of a hidden security camera owing to its camouflage design concept.

Hence, housebreakers will not know that the light is also an autonomous drone which is capable of flying and recording videos.

"This device is a dual function home accessory which combines a camouflage design concept with a 'Smart Frequency Signal System' technology," she said. It is being designed and developed jointly with FRSB student, Nadhiratul Shahira Hassan.

Dr Siti Mastura highlighted that the design was different from the typical security cameras available in the market. 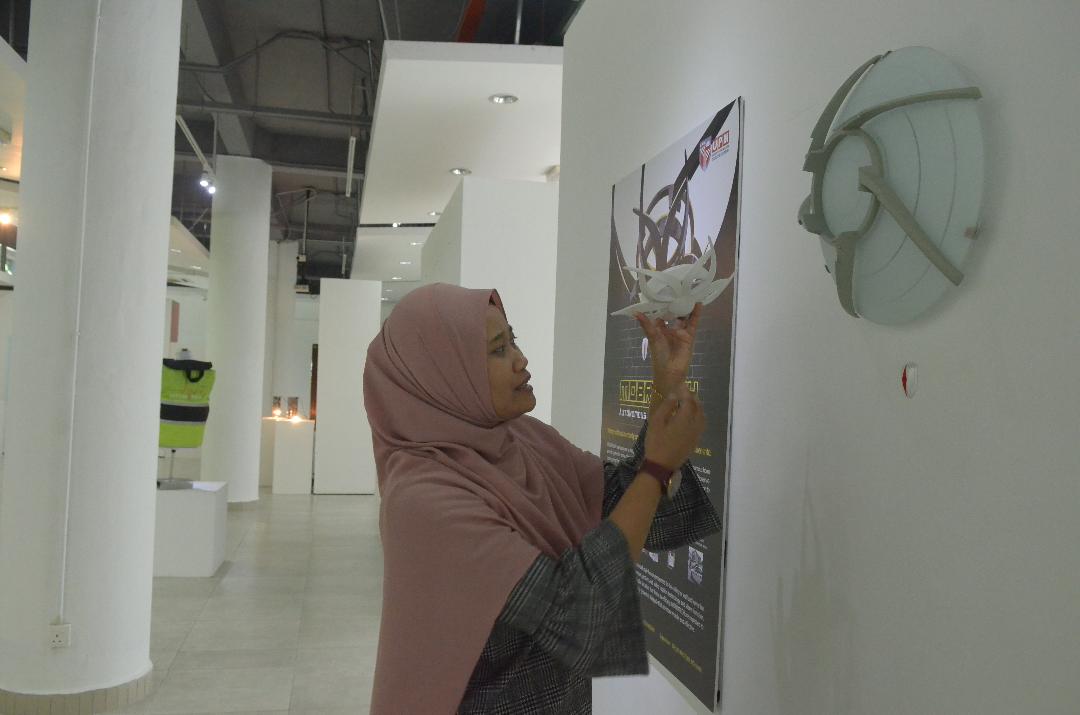 The ceiling light at the front porch is the best suited for mounting this autonomous drone, while housing components such as grille, door, front window, back window, left and right windows or roller shutter at commercial premises are the best-identified locations for sensor tags.

She said that MOBRATECH would start to react once the strategically placed sensor tags detected any tremors produced by human actions.

She elaborated that the 'Smart Frequency Signal System' technology on the sensor tags would send an alert to the autonomous drone, and as soon as the drone received the signal, it departed itself from the pod and headed towards the location of the involved sensor tag.

She informed that the MOBRATECH application must be downloaded onto a mobile phone and registered with the police.

"The real-time reporting of home breaking assured prompt action by the police, " she reiterated.

She described that MOBRATECH equipped the drone with GPS (Grid Positioning System) system for tracking drone’s movement to its pods, sense-up image intensifier technology for best recording, vibration and motion detector, gyroscope stabiliser and integrated live transmission technology that provides 24/7 surveillance as well as security footage. This type of drone is suitable for a premise with an area size of a warehouse.

According to her, MOBRATECH was first developed in 2017 and was designed to monitor and record an assigned incident as its battery could last for four hours. MOBRATECH applies the magnetic charging concept onto drone every time it returns to the platform pod.

MOBRATECH has undergone the initial field test and currently is under upscaling.

She claimed that the MOBRATECH design was different from most of the closed-circuit cameras (CCTV) available in the market, in which other CCTVs provided devices with eyeball style housing mounted to the ceiling or wall. This type of CCTV would be stationed at a particular location, and thus limits the efficacy in crime prevention.

"MOBRATECH's innovation is expected to fulfil the aspirations on the design of home security products by utilising autonomous and effective IOT system technology, thereby benefiting the residents and households in terms of safety," she concluded. - UPM