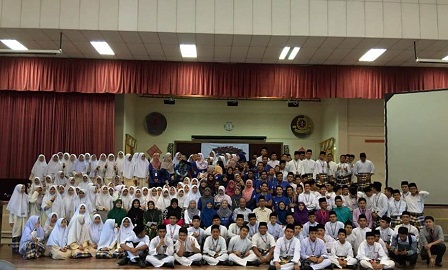 Various approaches for adult education have been implemented in line with the focus set by the Education Ministry and demands of the society in Malaysia that emphasis should be given on education based on the Al-Quran, As-Sunnah as well as science and technology.

All these are aimed at nothing but to produce more capable individuals and human capital in the fields of  Science, Technology, Engineering and Mathematics (STEM).

In realizing this need, Ulu Albab (UA) programmes are being conducted in most national as well as private schools, including those at Maktab Rendah Sains Mara (MRSM) Gemencheh.

This Quranic, encyclopedia and ijtihatik concepts under this system will produce human capital who is not only able to understand and embrace Al-Quran but also capable of resolving problems by way of mastering the various branches of STEM study and disciplines.

A group of researchers from Universiti Putra Malaysia (UPM) is moving forward to strengthen STEM in schools by way of using a UPMSTEM module. This module is based on the integration of STEM into an UlulAlbab program by linking science with STEM fields and verses of the Al-Quran as well as stories in the days of the Anbiya.

Head of Science Department of MRSM Gemencheh, Cik Fitriah Osman, said the PSE programme was aimed at providing exposure and training so that participants will understand and able to resolve hands-on problems that cropped up in relation to  STEM fields.

For Fifth Formers, too, this programme will add value to the existing STEM knowledge and strengthen scientific fundamentals that they have learned.

“The students were given the chance to witness for themselves the beauty of STEM fields in their daily life and also able to apply and solve a string of problems during training,” said MRSM Gemencheh Principal, Mohd Ghazi Samsudin.

The program inspired them to pursue their tertiary education in higher learning institutions as participants were able to share the experiences of university undergraduates who served as their facilitators during the mentor-mentee programe.

“Also, through this programme, UPM undergraduates were able to hone their leadership qualities and soft skills as benchmarks in securing employment which is getting very competitive these days,” said PSE Director, Ahmad Nizwan Hassan. 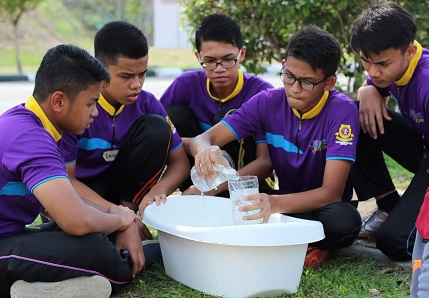 Dr Suriati, meanwhile, said UA students were in need of STEM activities that could associate them with the content of the Al-Quran that they learn every day.

“For instance, materials such as iron, magnetic materials, light, fire, and water and its properties are described clearly and in such details in the Al-Quran.

In fact, signs of the creation of human beings are also specified in the Al-Quran and this phenomenon was realized through a hands-on system in the reproductive system of cattle and humans which was presented by Dr. Mohd Noor Hisham Mohd Nadzir in one of the programme activities.”

The students were very excited with the opportunity provided where they could perform surgeries on calves brought from UPM farms.

In the evening, science forensic activities were conducted, with emergency slots put up by facilitators.

"Interestingly in these slots, all students participated through a variety of scenarios in crime scene simulations. Before initiating an investigation, students were given preliminary information about the material evidence and techniques of forensic anthropology collected at the crime scene to help identify a person and determine if a crime has been committed,” said Dr. Suriati. 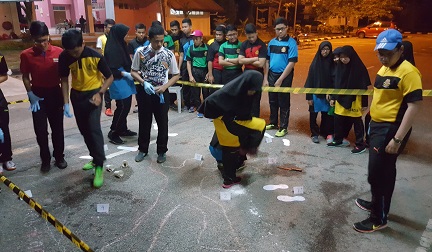 "The UPM STEM science forensic module assisted students to use scientific methods to gather, evaluate and test the evidence to determine whether their hypotheses about the crime is right, eventually all these will help them to identify the criminals through those simulated incidences," he added.

Other activities that caught their interests were a parachute designing challenge and water rockets which were made from waste materials. "The students are very excited to be able to generate and analyze a model rocket and parachute within their respective groups," said Lecturer of the Department of Physics, Dr. Mazliana Ahmad Kamarudin.

A student representative of MRSM, Iman Haziq Hairi said the PSE programme was able to open his eyes as well that of his friends that learning Science subject could be fun and interesting.

Besides serving as a back-up for other academic programmes and pioneer for STEM-based programmes and research in the future, this 'Seeding Science Culture' 2017 also helps to bolster self-confidence of participating Form Four students and will inspire them to explore the “fun” field of Pure Science.

Importantly, those hafiz and hafizah to be are able to understand STEM phenomenon besides having a better understanding of the Al-Quran. - UPM