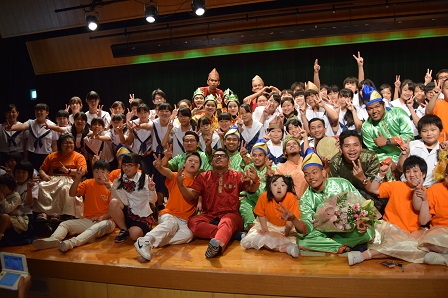 The performance by a delegation of 25 participants in the Third Series of the Look East Policy internationalization programme organized by Kolej Tiga Belas, drew the amusement of 1,000 spectators who turned up in full force for the special concert held together with a musical group of Down Syndrome kids, Twinkle Cats, at lizuka town, Fukuoka, Japan, recently.

Their success was a continuation of a special performance they had with Kiwanis Association in Kuantan, Pahang, on February 2015 before Tengku Puan Pahang, and the Kuda Kepang team which represented Malaysia at the international arena organized by Bentley Music Malaysia in Damansara on May 2015.

Prior to this, the Kolej 13 Dikir Barat team emerged champions in an inter-college Dikir Barat contest for three consecutive years and represented UPM at the public universities’ inter-varsity tournaments, also for three years.

On April 2014, it performed a charity show at Kitakyushu, Japan, which eventually attracted the interest of several experts to develop its potentials. 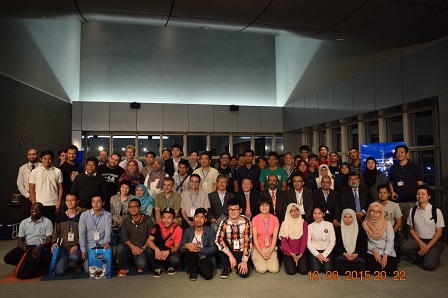 For Kuda Kepang, this is the first time that such an instrument was ever used for musical therapeutic study for Down Syndrome kids in Japan.

Such collaborations formed an important element in helping to push the agenda for the internalization of UPM in tandem with its target for Putra Global 200.

Kolej 13 Principal, Associate Prof. Dr. Arifin Abdu, meanwhile, expressed hope for the programme to be able to produce competitive and holistic graduates besides creating towering personalities in tandem with the paradigm shift of the Malaysian Higher Education Plan (2015-2025).

It is also hoped that this programme could bolster international collaboration network of participants which will gradually produce students of global thinking, thus enhancing their marketability.

Such programmes prove that arts and culture have the potential wider than entertainment, that is therapeutic rehabilitation for the development of soft skills of students and a liaison between them and the community at the local and international arena. – UPM.