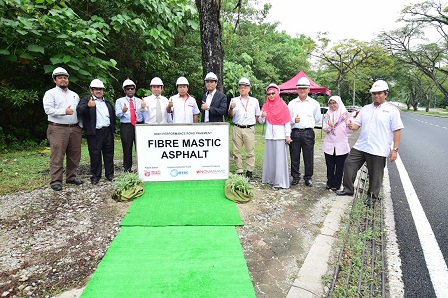 SERDANG, Nov 29 - A team of Universiti Putra Malaysia (UPM) researchers have succeeded in developing a Fiber Mastic Asphalt (FMA) pavement technology that seeks to boost durability and longevity of roads to minimize cases of potholes and pavement cracks.

Under this technology, the fibers are processed from biomass materials such as oil palm fronds which are added to the mixture of asphalt (tar) to improve the strength and durability of pavements.

It also increases the good bond and seal between coarse aggregate and the bitumen.

Head of the research group, Prof. Dr. M.Ratnasamy said one main issue affecting the roads in the country was damages caused to the roads such as pavement cracks and potholes that took place more often than not, causing the roads to be unsafe and prone to accidents. 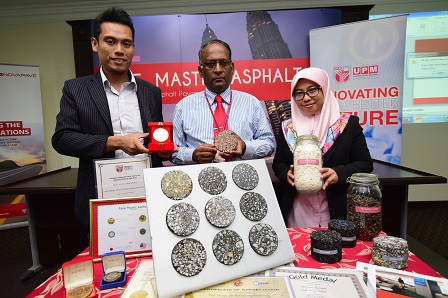 According to him, this happened mainly because of the present resurfacing technology which was unable to accommodate to the growing number of passenger and commercial vehicles as well as high traffic density.

This called for road maintenance to be carried out regularly, he said.

Prof. Dr. Ratnasamy who is a lecturer at UPM Department of Civil Engineering, Faculty of Engineering, said the research team he led, concluded that stronger and durable materials should be used to build roads.

"FMA is created to resolve the issues of durability and longevity of roads. The pavement thickness can also be reduced.

"The differences between the roads built using this technology from those constructed the conventional way lie in terms of the additional materials used, size of coarse aggregate and thickness of the road surface,” he said. 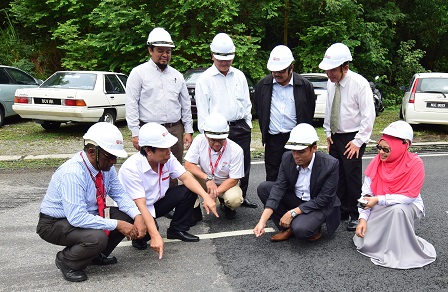 He also said the higher percentage of coarse aggregate of larger size (gross) used in road-building compared to conventional asphalt, will make the roads last longer.

"This technology can reduce sound frictions, and with thinner pavement and low level of derailment, it makes the roads safer for all vehicles for that aesthetic value of the highways,” he added.

This resurfacing technology was used in the construction of a 400-meter route in Lebuh Silikon within UPM campus, serving as the first test bed for the country to demonstrate its effectiveness. It was launched by UPM Deputy Vice-Chancellor (Research and Innovation), Prof. Datuk Dr. Mohd Azmi Mohd Lila.

The technological research started in 1996 and was completed in 2001. It was first commercialized in 2012 through a licensing right granted to Syarikat Novapave Sdn Bhd.