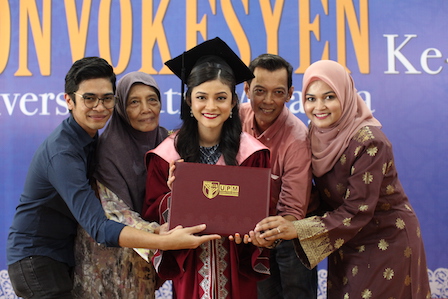 SERDANG, 29 Oct - “I often send and pick up Aisyah from lecture almost every day. Imagine me sitting in the car all day alone” said the well-known actor, director and producer, Shahrom Kamaludin or better known as Along Kamaludin.

As a result of his sacrifice, his daughter, Aisyah Shahrom, 23, received a first-class degree in Bachelor of Arts (Foreign Language) while winning the Best Student Award for Bachelor of Foreign Language (French) at the 42nd Convocation Ceremony of Universiti Putra Malaysia (UPM) here.

According to Aisyah’s mother, Arni Idris, once her husband was so anxious that he called their daughter once every three hours for the four months that she was in France as he has never been away from their daughter.

The eldest of two siblings said, throughout the period of her study she had done part-time work in acting especially during semester breaks or her free time. One must be smart in juggling time with studies.

“My relationship with my father has always been close since I was still small. My dad and family have given me moral support throughout my studies in UPM,” said the undergraduate from the Faculty of Modern Languages and Communication, UPM. - UPM 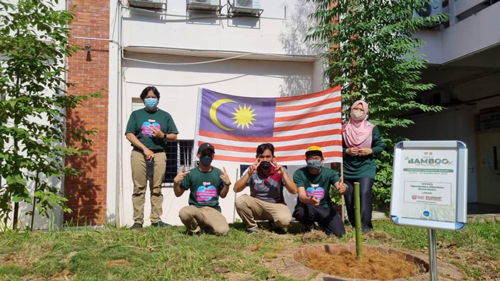