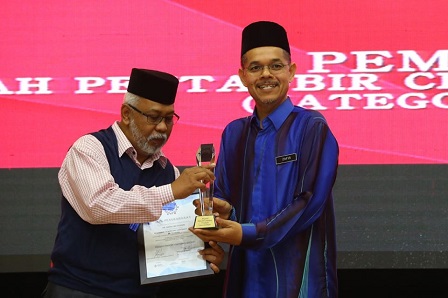 Both received a trophy, certificate and books at the award presentation ceremony held at the Higher Education Leadership Academy (AKEPT) here.

On his achievement, Dr Razali said administrators of local universities were capable of coming up with good write-ups.

What is important is that administrators should be given the opportunity to write according to their service at the university, he said.

"I hope this award will boost not only the spirit of administrative staff of UPM but also all other administrators at 20 local universities, to join hands and contribute towards university excellence in the form of writing in accordance with their respective areas of expertise," he said. 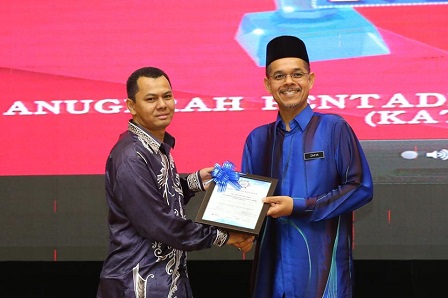 Dr Ismayadi, meanwhile, said the award proved that the role and contribution of administrative staff was never neglected.

"I pray that my colleagues, especially Research Officers, will continue carrying out their research that can give great impact not only to the university but the country on the whole,” he said, expressing his gratitude for winning the award.

Earlier, during the convention of Administrators of Public Universities, Higher Education Minister, Datuk Seri Idris Jusoh, who was represented by his deputy, Datuk Mary Yap Kain Ching, expressed his admiration over the initative taken by the Council Association of the Public University Administrator (MASTI) which managed to gather top leaders of MASTI from 20 public universities to attend the event.

A book, entitled ‘Pentadbir Pemangkin Transformasi Universiti’ (Administrators Are Catalyst To University Transformation) authored by 17 administrators of public universities, was also launched at the event. – UPM