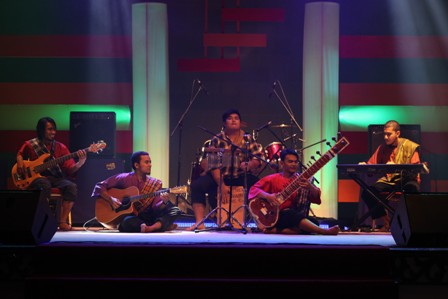 Organised solely by themselves, these students of Canselor College (PCC), one of the residential colleges in UPM campus had in the process mastered some social skills alongside their academic pursuit under UPM’s holisitc approach to education.

According to the principal of Canselor College, Dr. Hanafiah Ayub, the gala night or “Malam Gala” as well as the Putra Canselor Carnival was organised entirely by the students themselves from 15 to 17 March 2013.

“I was only there to give them moral support but it is definitely their effort and hard work that made it possible for them to get sponsors and media coverage from RTM1. 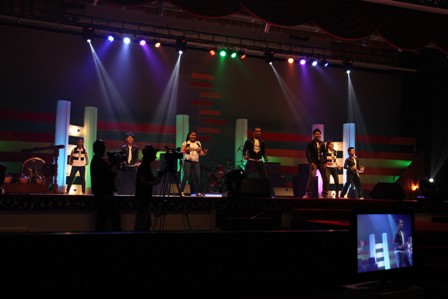 Among the programmes were songs and dance performances by students, prize-giving  to all winners as well as tokens of appreciation to the sponsors that made this carnival a successful one.

The colourful night saw dancers from Kolej Akademi Seri Budaya dan Warisan (ASWARA) getting the nod and the top prize from the judges with their Contemporary Ethnic performance.

The ASWARA students who called themselves ‘Team Batik’ beat five other teams to clinch the title of the competition, which was also the highlight of “Malam Gala” that was attended by more than 500 students from various universities in the country.

Faiz Jaafar, one of the Batik team members, said that that the whole team was more than happy to win as they least expected this result because the other teams were equally good. He said it was mainly the teamwork and focus during practice that brought them success.

“The win tonight has definitely boosted our confidence to perform even better in the next competitions. Thank you, members of PCC, UPM for giving us this opportunity, “he said.

Among the other events at the carnival were the Grand Chancellor Softball Championship, Putra Cyber Game Challenge, Short Video Contest and the Chancellor  Chess Tournament.

The gala night concluded with the PCC multimedia presentation and the PCC 2013 theme song, ‘We are young! Jom Lihat Dunia’. – UPM