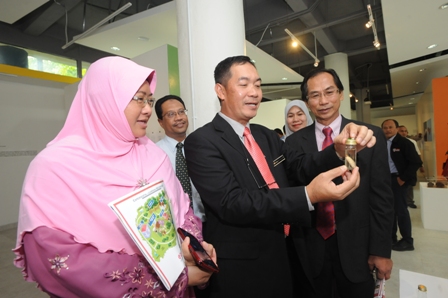 SERDANG, NOV 20 - A total of 25 specimens of assorted types of insects are on display at Natures’ Yield and Wonders of Art (NYAWA) 2013, an event which aims to stimulate interest in the study of smaller creatures, opened from 11 November to 15 December 2013 at Universiti Putra Malaysia (UPM).

The specimens exhibited are composed of different kinds and taxonomically classified based on Order, Family, Genus and Species, among which, Order Orthoptera (grasshoppers), Celeoptera (beetles), Lepidoptera (butterflies), Isoptera (termites) and Hymenoptera (ants).

The exhibition features the types of insects that were selected and identified on the species level by Entomology experts from Department of Plant Protection, Faculty of Agriculture, UPM.

It has combined scientific findings derived by UPM researchers and indexed with a twist of contemporary artistic elements delving into the taste of those who fancy insect-inspired arts, also to attract general public with science background as well as others. 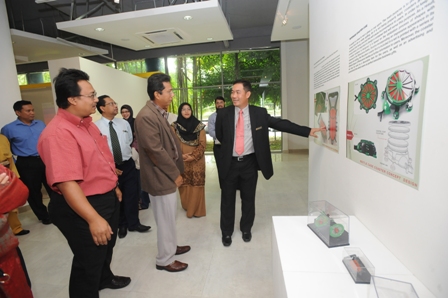 Assoc. Prof. Dr. Samsilah Roslan, Director of Putra Science Park, the organizing body for the exhibition said, ‘NYAWA '13: Insects’ is aimed to take the results of findings by UPM researchers on flora and fauna to the masses with an interactive style that is suitable to all ages.

"The process of exhibition and publication has been commenced since January 2013 and can be internationally accessed at Virtual Library Museums Pages (VLMP) a month after the exhibition has ended.

"The Paris-based VLMP is a part of the International Council of Museums (ICOM)," she added. 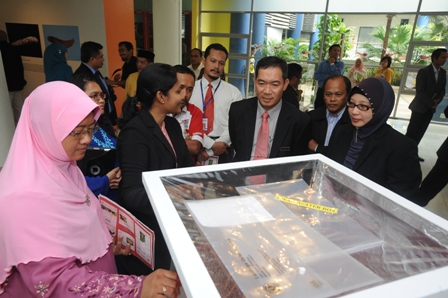 UPM Deputy Vice Chancellor, Prof. Dato’ Ir. Dr. Mohd Saleh Jaafar said the show can be a centre of references for scientists in the country.

"The exhibition is open to public and it is not only highlighting the results of scientific findings by UPM researchers to the local community, but through VLMP, it can also be reached by scientists around the globe," he said.

UPM has a collection of 12,000 types of insects inclusive of 4,000 species preserved in the Museum of Entomology, Faculty of Agriculture, where the copious chunk of the collection has been donated by students through insect-collecting activity in their learning syllabus.

The collection will be a source of reference to facilitate the teaching and learning activities in the university.

This second-time exhibition is jointly organized by Faculty of Agriculture, in collaboration with Faculty of Design and Architecture, whilst in 2012, the event, laden with the delights of fruits was successfully organized and officiated by the former Minister of Tourism, Dato' Seri Dr. Ng. Yen Yen. - UPM