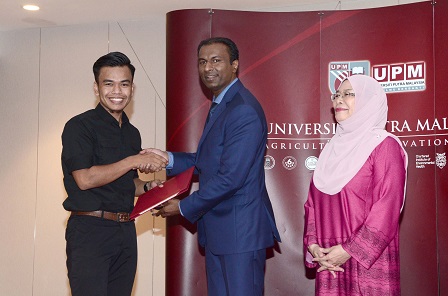 SERDANG, April 25 - The maiden award won by Universiti Putra Malaysia’s Faculty of Agriculture’s Coaching, Leadership and Entrepreneur Outdoor Recreation Club (K3) at the Industry and Community Appreciation 2017 (ICAN 2017) event has ignited the spirit of club members to carry out more programmes for the communities.

The club's chairman, Iqwan Alif Jaafar said the award is the highest recognition ever accorded to the club and a tribute for all the efforts undertaken by club members all this while.

"It really gives satisfaction to club members…furthermore, this is the first ever award to have been won since its inception in 2000.

"It's a morale booster for members to continue to intensify such community-based activities ... we have never received an award or won any games before," he said in an interview here.

ICAN is UPM’s annual program which is aimed at giving appreciation for the contributions made by industry partners and the community to ensure the success of the functions of universities’ network of industries and communities. The appreciation event was held in Putrajaya on April 19. 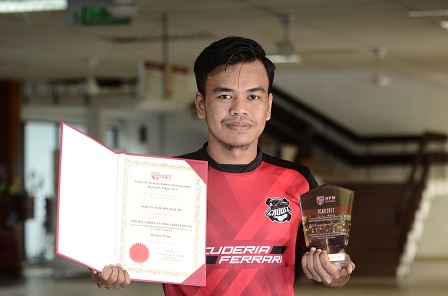 Iqwan who is pursuing Bachelor of Science in Parks and Recreation programme, said the achievement strengthened relationships between junior and senior members in K3 club as the victory was meant for everyone who has been the driving force of K3 Club since its establishment in 2000.

He said K3 Club also run external programmes such as organizing and managing events like 'team-building' where it also outlined modules based on the concepts requested by customers.

Among the activities that have been carried out this year's are 'Dare to speak in English’ which took on the ‘explorace’ recreational-based module, a joint program with the Institute of Agricultural and Food Policy Studies at Sultan Idris Shah Forestry Education Centre, Puchong, and an Agro-tourism seminar at The Mines, Sri Kembangan.