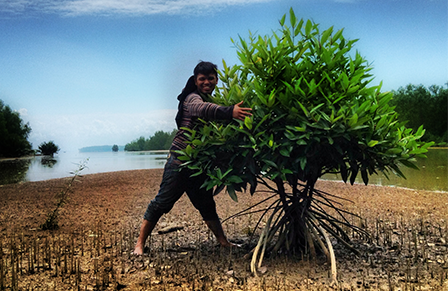 He won a sponsorship to undergo the APFW Programme 2016 from February 22 to February 27 in Clark, Philippines, a Kuala Lumpur-Philippines return ticket, an all-paid for accommodation at a hotel in Clark, a plaque, certificate and souvenirs from Food and Agriculture Organization (FAO).

The Asia-Pacific Forest Week 2016 (APFW 2016) with the theme ‘Growing our Future’ was organized by FAO.

Ahmad Mustapha, 30,  said his inspirational photography “Mangrove Temptation” received 3,000 ‘likes’ and comments on FOA Facebook. It highlighted the survivability of mangrove trees which are under the threat of ecosystem destruction due to human activities.

“I got this idea while doing a research at a mangrove forest in Kampung Awat-Awat Lawas, Sarawak. That was the only spot where greasy-back mangrove trees grow and I took several pictures of the trees for memory.

“I hope that this award could make my friends be more appreciative of nature and contribute in efforts to preserve the forest and the environment,” he said. 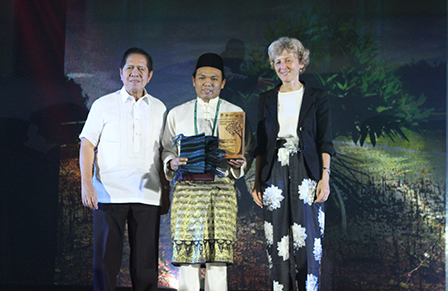 Photography is his hobby and for this lass who hailed from Kemunting, Perak, photography could serve as a medium to convey messages to the masses. Most of his photographs were taken while he was on research assignments or on holiday.

In a related matter, FOA received 240 pictures from 18 countries, including Thailand, Philippines, Australia and Indonesia. Evaluations were carried by APFW 2016 jury members based on public votes “like” on FOA Facebook.

FOA encourages a wider participation from government officers dealing with forestry,  representatives of international organizations and forestry-linked agencies in the region, Non-Governmental Organizations (NGOs) as well as private entities. - UPM