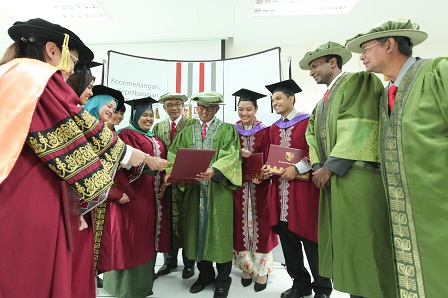 UPM Chancellor, Tuanku Sultan Sharafuddin Idris Shah will be conferring the Ph.Ds, Masters, bachelors and diplomas to the graduates at the first session on the first day of the ceremony (October 31) at UPM’s Main Hall of Sultan Salahuddin Abdul Aziz Shah (PKKSSAAS) Arts and Culture Centre. 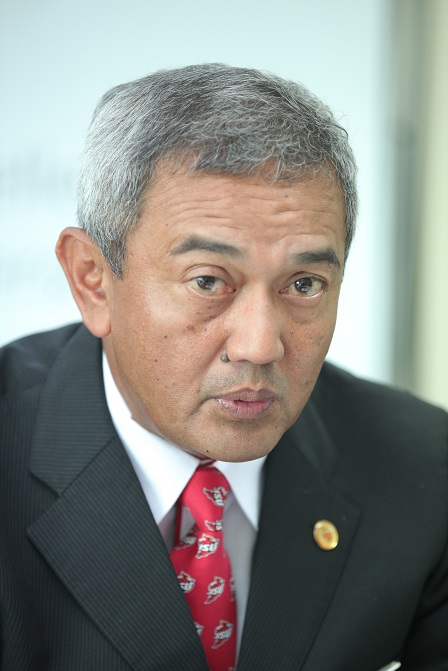 Tuanku Chancellor will be conferring the accolades. His Royal Highness will also give away Putra Agribio Medal to Daniel Mohan Jacob who is a graduate in Doctor of Veterinary Medicines; Doctor of Philosophy Gold Medal to Tumirah Khadirin (PhD in Nano Science), Institut Teknologi Maju; Gold Award in Master with Thesis to Nur Atiqah  Mohamad Aziz (Master of Green Technology), Institut Teknologi Maju;  MTDC Annual Book Award (Innnovation/Commmercialization/Business) to Phuah Kit Teng (PhD in AgriBusiness), Faculty of Agriculture; and Syed Kechik Award to Yap Ee Lyn (Bachelor of Science (Honours) Microbiology) of the Faculty of Biotechnology and Biomolecular Sciences.

Wendy Yeo Wai Yeng of Medical Biotechnology, Bioscience Institute, who is the first student to have graduated in PhD. Dual Degree programme with Universite Montpellier 2 (UM2) will receive her scroll at the third session (November 1). 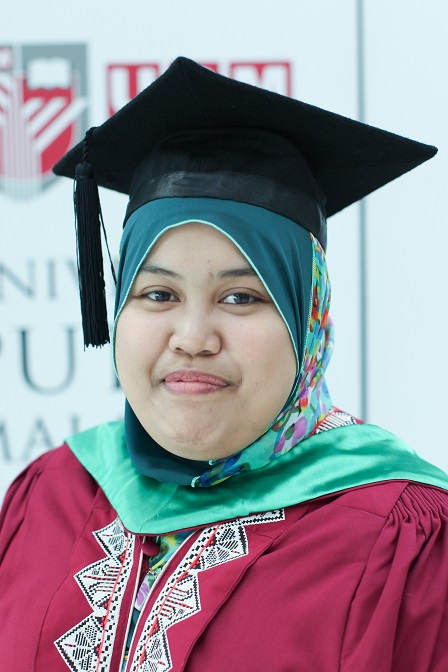 Disabled student, Suhazli Muhamad will be receiving his degree in Bachelor of Computer Science (Multimedia) in the fifth session (November 2).

Ermelia Rohayu, when met in an interview, said she was awe-struck and could not believe it when she was informed that she had won four awards in this year’s convocation. 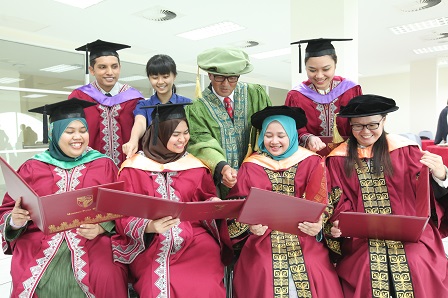 “My credits go to my parents…all these achievements are my presents for them, I am very grateful, indeed… At first, I was in daze when told that I had won four awards,” she said.

Asked for her secrets to success, Ermelia Rohayu, 24, who hails from Cheras, Kuala Lumpur, said besides working hard, she always asked for prayers and blessings from her parents.

“With parents’ blessings, we will always feel calm and able to do things, right. Almost every day, I will call both my parents,” she said. – UPM.