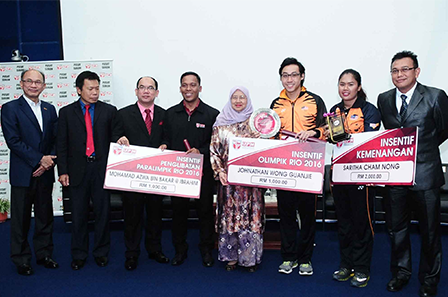 SERDANG, Nov 16: A total of 45 athletes from Universiti Putra Malaysia (UPM) who represented the country in the Asean University Games last July, received their incentives from UPM recently.

Two others who represented the country in Rio Olympics - Cheong  Jun Hoong (diving) and Zaidatul Husniah Zulkifli (athletic) – had received their incentives in a previous ceremony.

The incentives which came in the form of cash money were presented by UPM Vice-Chancellor, Prof. Datin Paduka Dr. Aini Ideris at the prize-giving ceremony here. 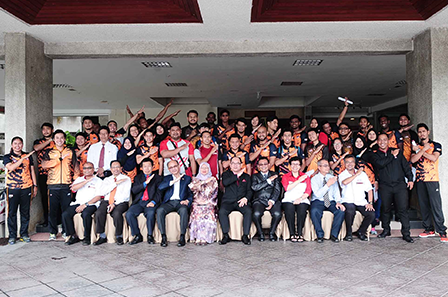 Through the scheme, athletes who win gold for the country, are eligible to receive the incentives. The value of the incentives is based on the status of the championships and achievement such as Olympic Games, Paralympic Games, Commonwealth Games, Asia Games, SEA Games and Asean Para Games.

She also said through the incentives, UPM had endorsed the giving out of academic mobility grant and study fees exemption for the present and subsequent semesters.

She expressed hope that the incentives would serve as an efficient external motivation and encouragement for athletes to push themselves harder to achieve greater victory in world-class championships.

“In order to continue to excel, we cannot stop and be contented with what that we have achieved.

“The present accomplishment should be the benchmark for athletes to achieve greater and outstanding success in the future,” she said. – UPM