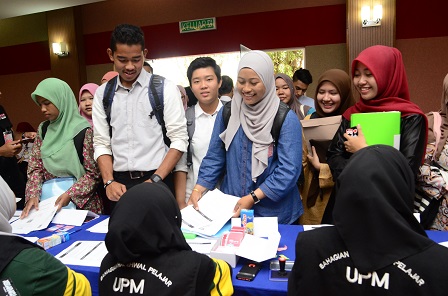 SERDANG – A total of 3,428 new students enrolled for Bachelor programmes at the main campus of Universiti Putra Malaysia (UPM) for the 2017/2018 academic session on 6th of September.

UPM recorded an increased intake of 232 people or 6.8% in number of new students with the number of male and female students at 1,048 and 2,380 respectively (this data is based on the number of successful applicant up until 6 September 2017).

“272 new international students have also registered for the bachelor programmes. This is an increase of 72 new enrolment compared to the 200 last year,” he said at the 2017/2018 Perkasa Putra Week news conference here in UPM. 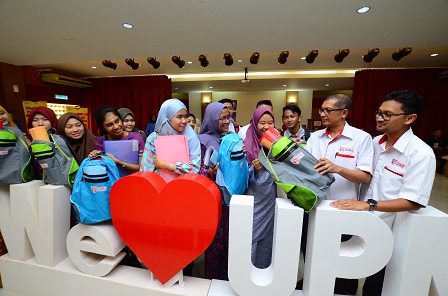 In addition to the registration at UPM Serdang’s main campus, around 50 new students have also registered at UPM Bintulu, Sarawak’s campus. This registration shows an increase of 3 students, compared to last year with 47 new students.

Two 2017 SEA Games gold medallists have also enrolled in the Bachelor of Communication programme. They are An Najwa Azizan, women netball player, and Nor Aliya Ghapar, women archery athlete. Another athlete, Nur Fasha Qistina Shaharuddin, who won a gold medal for taekwondo at the 2014 Asian Cities Cup, has enrolled for the Bachelor of Human Resource Development programme.

UPM also received 70 students via the B40 Special Admission Track. This track is offered to students who are from the low-income family category with a household income of less than RM1,500.

Additionally, another 7 students with disabilities (OKU) have registered, and they were provided with lodging in colleges that are equipped with disabled-friendly facilities.

Note: The numbers given are not static and will increase after appeal cases.