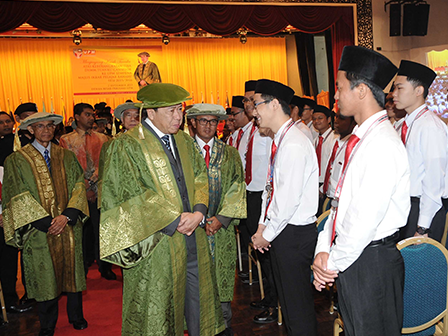 
SERDANG – Sultan of Selangor, Sultan Sharafuddin Idris Shah, who is also the Chancellor of Universiti Putra Malaysia (UPM), heard the pronouncement of pledges by 2,725 new students who registered for the 2015/2016 academic session here.

This was the first time His Royal Highness had graced such an occasion where he also spent time to mingle with several students. 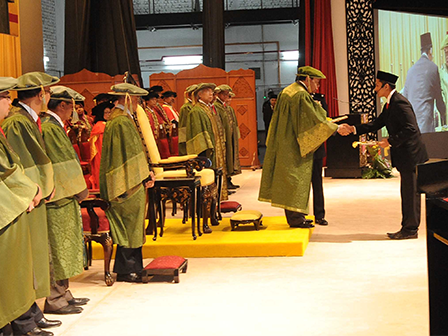 UPM Vice-Chancellor, Prof Dato’ Dr.Mohd Fauzi Ramlan, in his speech said the presence of his Royal Highness marked a history and was in line with the university’s continued struggle and vision for success in the international arena.

”UPM can stand tall with its 375th ranking in the world’s best university, 54th in the field of agriculture in the world, seventh placing in Asia and the first for South East Asia.

“It is not fair and accurate for the ranking of a university to be based on infrastructure alone. Most importantly, it should be based on academic excellence and quality of courses,” he said. 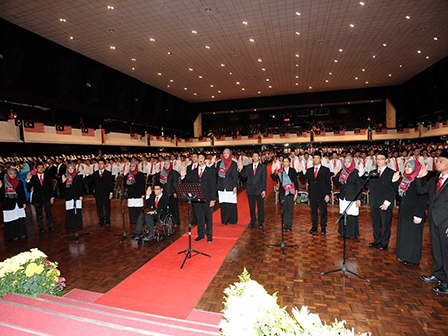